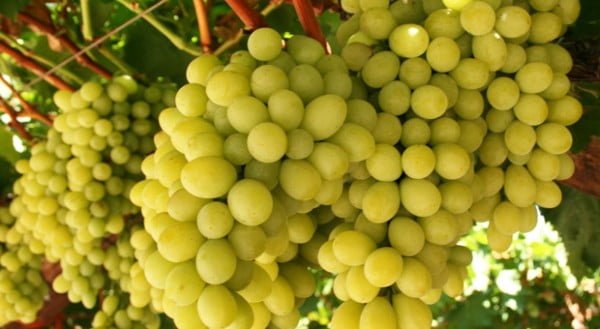 The table grape season in Georgia is almost over. Most of table grapes were harvested and sold in July-mid-September. Farmers say that prices for widespread varieties (Tita and Moldova) have remained unchanged in recent years. The average price on farms varied from 1 to 1.5 GEL ($0.32 -0.48) per kg. Prices for modern varieties (large and seedless) were higher: from 2 to 2.5 GEL ($0.64-0.8) per kg.

According to Kemoklidze, the association now has 20 members, with a total vineyard area of ​​60 hectares. The oldest vineyard of the association is 7 years old. Kemoklidze grows Regal Seedless, Cardinal and Italia varieties on 5 hectares. In August, he sold most of his harvest at an average of 2 GEL/kg ($ 0.64). Only Cardinal remains to be sold, but rainy weather has spoiled its quality, reducing its market value. This season, Kemoklidze has harvested 10 tons of table grapes, but expects to get 50 tons per hectare in 2-3 years, when the vineyards reach maturity.

“Since Soviet times, mainly two varieties of table grapes, Tita and Moldova, have been grown in Georgia, but they are less valued on the market today. They are not in demand for exports and there is an excess of them on the local market, so their prices are low. I recommend that farmers switch to new varieties. Our association serves as an example for many growers who continue to grow old ones. If they see that our business is profitable, they will start producing new varieties. To achieve success, farmers must invest in varieties demanded on global markets and in modern grape growing technologies such as Pergola to increase production and quality,” said Kemoklidze.

According to Kemoklidze, the most popular varieties produced by members of the association are Red Globe, Thompson Seedless, Crimson Seedless and Regal Seedless. Kemoklidze believes that both early and late varieties may be of interest to local growers, since early varieties are harvested during the tourist season in Georgia, while later ones can be stored and sold in winter at higher prices.

“Considering that most Georgian consumers are not used to eating grapes as a fruit, modern varieties will be produced not only for the domestic market, but also for exports. As soon as the new vineyards reach full maturity, the production of table grapes in Georgia will be sufficient for the local market, and farmers will start exporting. However, even this season part of my harvest was sold in Qatar,” Kemoklidze notes.