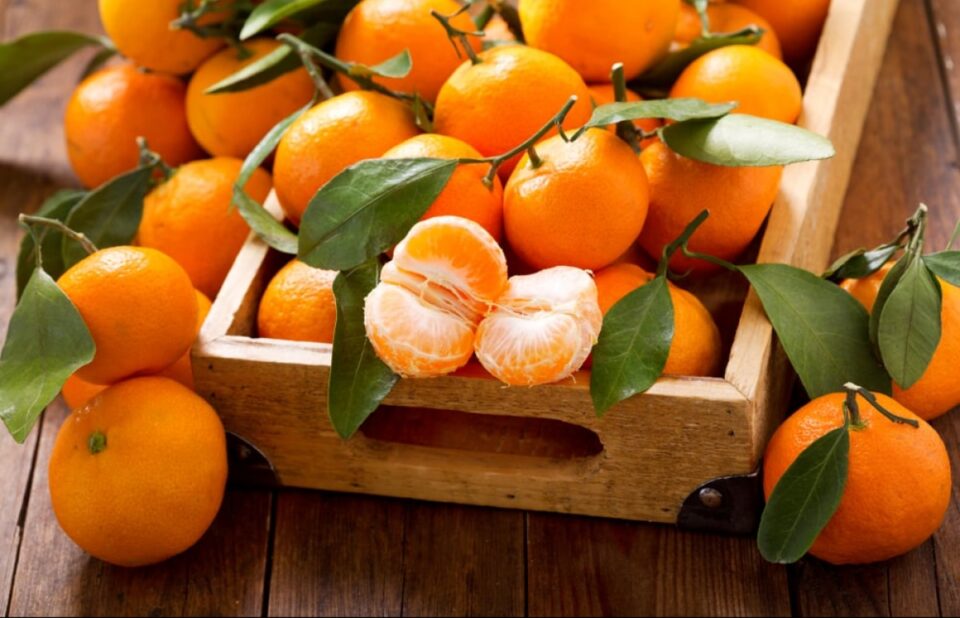 Home › News › Georgia’s revenue from exports of fruits, vegetables and nuts in 2021 was record high! 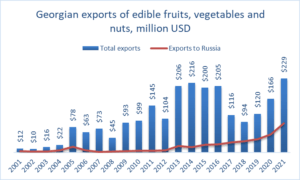 After a drop in 2017 caused by brown marmorated stink bug invasion reducing hazelnut production – a key export commodity, Georgian exports of fruits, nuts and vegetables in 2021 have risen to the highest value observed – $229 million. Exports to Russia have also increased to an unprecedented $90 million, three times higher than 2014-2020 average. 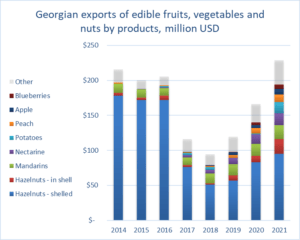 The hazelnut exports have been recovering since the marmorated stink bug invasion, but they are still about two times lower than in 2016 (before the invasion). While hazelnut exports in 2021 have been hampered by unfavorable weather and crisis in Turkey (major producer of hazelnuts), Georgia’s record high export revenues from selling fruits, nuts and vegetables in 2021 were mostly achieved through increased exports of other products rather than hazelnuts.

Key destination for the products other than hazelnuts, which are usually exported to Europe, was Russia. Total exports of these positions have increased by $86 million compared to 2016, and Russia’s share in them was 76%.

Thus, the success of 2021 came mostly from a strong demand from Russia, which is a result of bad weather conditions in Russia reducing local supply and driving the prices up. As the neighbor market wanted to stabilize the prices, it turned to importing, and bought almost everything in large volumes.