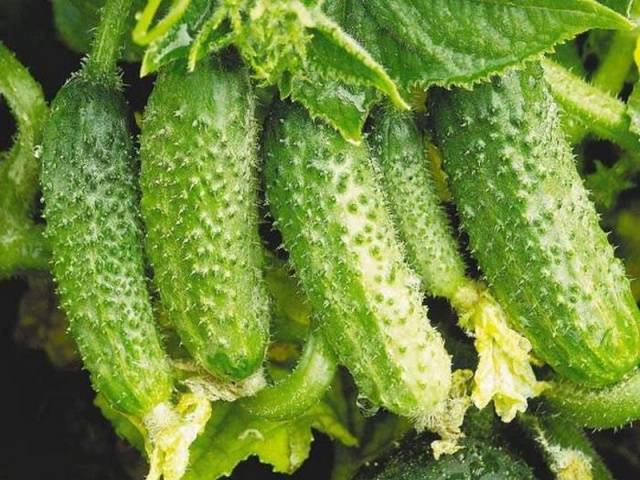 In January-April 2021, Uzbekistan exported 4.2 thousand tons of cucumbers worth $ 5.1 million, which is $ 2.2 million more than in the same period last year. The increase in the total value of exports of cucumbers compared to the same period in 2020 amounted to 76%. This was reported by the State Statistics Committee of the Republic.

According to EastFruit analysts, the highest value of cucumber exports volume from Uzbekistan over the past few years was recorded in 2018. Although it is too early to make forecasts for 2021, given the data for the first 4 months of this year we may assume that the export of cucumbers in 2021 will not be lower or remain the same as last year. 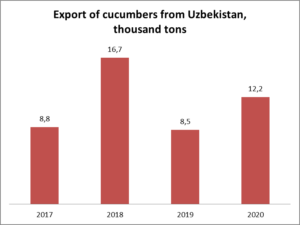 However, the production of vegetables in greenhouses, including cucumbers, is actively developing in one of these three main sales markets, Russia. Moreover, Russia exported almost as many cucumbers as it imported in the first four months of this year, sharply increasing exports and decreasing imports.

Nevertheless, Uzbekistan continued to supply cucumbers to the Russian market, since sometimes there was still a shortage of them in the Asian part of Russia. As you can see in the chart below, prices for fresh cucumbers in Russia fluctuated more than two years ago.

There are new opportunities for the export of Uzbek cucumbers to Russia during such peak periods. Therefore, we advise that business participants closely monitor the prices on our portal.

Greenhouse vegetable production is one of the most dynamically developing areas in Russia. Over the past 5 years, the area of ​​greenhouse complexes in Russia has grown by more than 1.5 times, and the volume of greenhouse production during this time increased by more than 80% and reached a record figure of 1.37 million tons in 2020. Moreover, greenhouses being built in Russia are high-tech and energy efficient, which along with significant government support for the industry allows to replace imports, including imports from Uzbekistan.