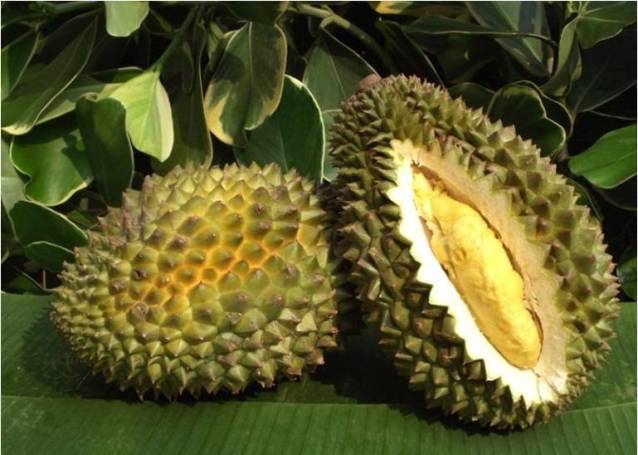 EastFruit analysts point out the rapid growth in the popularity of durian among Russian consumers. Imports of fresh durian to Russia grew 2.5 times in the first 10 months of 2021. Wealthy consumers in Russia are ready to pay a lot of money for this exotic fruits, so premium supermarket chains consider it an increasingly important position.

Where does durian grow, how popular is it, and which countries supply durian to the Russian market?

First of all, we note that the global volume of international trade in fresh durian in 2020 approached $3 billion. This is quite a lot, because durian is a rather expensive fruit. For comparison, the global trade in apples fluctuates between $7-8 billion per year.

75% of the global trade in durian is controlled by one country – Thailand. Apparently, it is in Thailand where the majority of Russian consumers with middle and high incomes tried it. Indeed, before the start of the coronavirus pandemic, Thailand was a favorite vacation spot for many Russians. 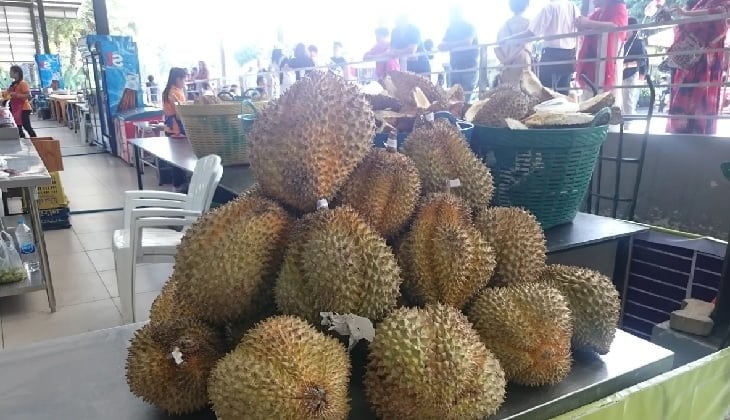 However, Russia imports durian mainly from Vietnam – the second largest exporter of durian. In general, only three countries of the world export large volumes of durian: Thailand, Vietnam and Malaysia. The rest of the countries mainly re-export it.

A limited number of fresh durian exporters is caused by the difficulty in transporting it. Almost none of the world’s leading transport companies agree to transport these strange, but so demanded fruits. You can understand the reasons for such decision by learning more about durian.

What is durian and why do consumers like it?

In Asian countries, where durian grows, this fruit is described briefly: “Hell outside, Heaven inside.” The durian fruit weighs from 1 to 3 kg and looks very aggressive as it is surrounded by sharp thorns. However, this is not the worst thing – what actually scares people away from durian is the disgusting smell. What is the smell of durian like? If you can imagine how a clogged sewer system, rotten fish and onions smell at the same time in the heat, then this will be as close to the truth as possible. 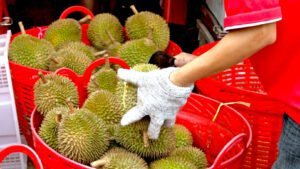 If you overcome these two barriers: thorns and a bad smell, and try the pulp of durian, you will see that its taste is as wonderful as its smell and appearance are terrible. It is not easy to describe the taste of durian, and everyone feels it differently. Consumers often say that the taste of durian resembles eating many fruits at once, such as papaya, pineapple, strawberry, mango, persimmon, vanilla, seasoned with cream!

Russia is still far from China, but it may become one of the 30 largest importers of durian in the world in 2021 for the first time. However, this indicates a great potential for durian supplies to the Russian market in the longer term, provided that there will be no further significant decrease in the income level of the population.

Besides the high prices, disgusting smell, unfriendly appearance and great taste, durian is also considered to be one of the most healthy fruits. Many people consider durian a superfood due to its high content of vitamins and minerals. Durian fruits contain a lot of magnesium, zinc, calcium, fiber, vitamins of groups A, B, C. What is very important for women, it contains a lot of folic acid. Durian has also been shown to have strong bactericidal properties. 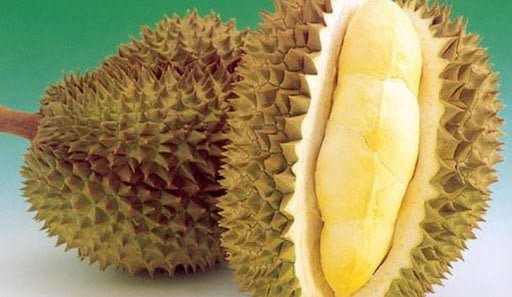 What makes durian especially popular among tourists in Thailand is that the locals consider it to be a strong aphrodisiac. In addition, durian is believed to increase the chances of pregnancy in a couple who consume durian due to its indole and estrogen content. However, there is no scientific evidence for this property of durian, and this can only be a marketing trick, but it works great.

In countries where durian grows, it is forbidden to bring it to hotels and to transport it on airplanes, even in super-tight and sealed packaging. Also, it should not be consumed by nursing women, pregnant women and people with high blood pressure. 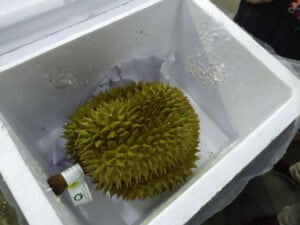 Note also that, despite its formidable shell, durian fruits are quite tender and are easily damaged during long-term transportation. And this also limits their exports. Durian is usually delivered to consumers by air.

How is durian grown?

Durian grows on very tall trees. The height of the durian tree can reach 40-50 meters. Therefore, harvesting durian is a difficult and dangerous job.

Industrial varieties of durian trees give their first harvest in the fourth or fifth year after planting, although most durian trees in nature begin to bear fruit only 15 years after germination from seeds. Despite there being many varieties of durian in the wild, only a few of them are considered edible and are cultivated by farmers in tropical countries. 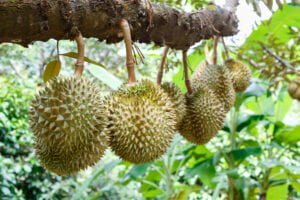 At the same time, most varieties of durian can bear fruit twice a year. Interestingly, the flowers on durian trees open in the evening. Moreover, their smell is not as unpleasant as the smell of ripe fruits. However, durian is not pollinated by insects, but by animals – the smell of durian flowers attracts bats – the main pollinator of these unusual fruits.

Durian can only be successfully grown in tropical climates. Considering the difficulties of transportation, it is best to consume durian in the places where it grows in order to truly appreciate its unique taste, and, of course, its terrible smell.

By the way, the annual world durian festival is held at the beginning of May in Thailand, in the province of Chanthaburi. Can you imagine the smell there?