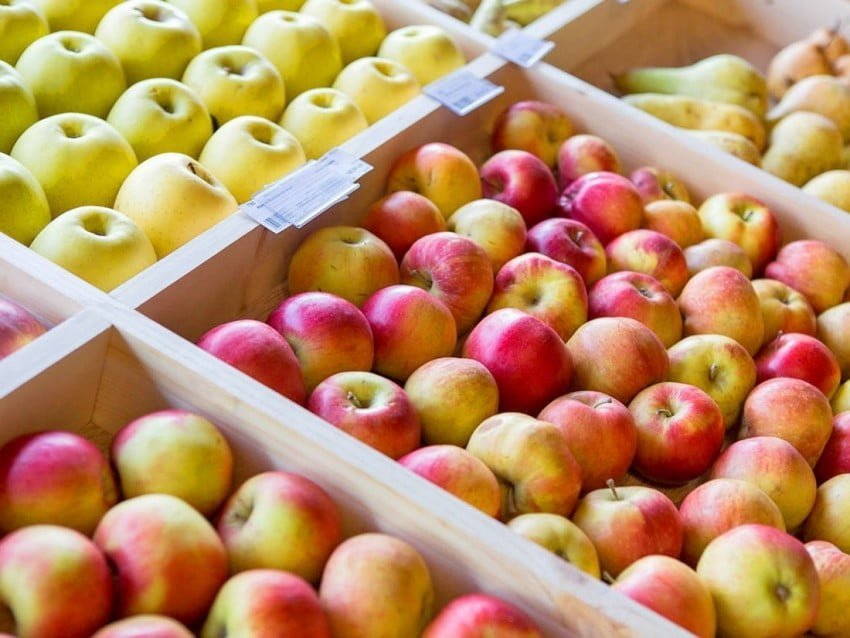 According to EastFruit, farmers from the leading apple-producing countries of the European Union, including Italy, France, Poland, and the Netherlands, are seriously concerned about the long-term prospects of the European apple market despite the very successful current and previous seasons.

“The concern of those growing apples in the EU is easy to understand. In the previous two seasons, apple prices were supported by a certain combination of circumstances such as partial loss of crops from bad weather and a surge in demand for apples during the coronavirus pandemic. However, all this time, apple acreage in the EU and non-EU developing countries continued to grow. If natural disasters do not happen, the apple harvest in 2021 in Europe may significantly exceed the needs of the regional market,” explains Andriy Yarmak, an economist at the Investment Centre of the Food and Agriculture Organization of the United Nations (FAO).

Read also: Highest prices for apples in the eastern countries of the region and Ukraine

“However, the potential overproduction of apples does not scare European producers as much as the new strategic course of Europe like ‘Green Deal’ and ‘Farm to Fork’ within which it is planned to drastically reduce the use of pesticides and other plant protection products as well as mineral fertilizers. Ergo, as early as 2021, farmers may face problems in protecting their orchards due to the possible restriction or prohibition of plant protection products such as the Сaptan and Dithianon fungicides. Without them, according to representatives of the horticultural industry, the existing schemes for protecting apple orchards may turn out to be ineffective,” says Andriy Yarmak.

Yet, for reasons unknown to us, the concern of the EU countries has not yet extended to Ukraine and Moldova even though they are increasingly active in selling apples to the EU countries. Moreover, most of the farmers surveyed by EastFruit are not aware of the changes in EU legislation and strategy. It should be understood that the prohibition or limitation of certain plant protection products in the EU will lead to a revision of the permissible residues of these plant protection products in products supplied to the EU market. Accordingly, Ukraine, Moldova and other countries will also have to reconsider the schemes for protecting orchards, adapting them to new realities, or else look for alternative sales markets.

Let’s not forget about another very serious threat to the apple business in Moldova – a decrease in the need for apple imports to Russia where its own production is constantly growing. Given the political instability in relations between Russia and Moldova, the growing protectionism of Russia, as well as active lobbying on the part of Russian farmers, the threat of completely losing access to the Russian apple market for Moldova, seems very real. At the same time, Moldova remains a completely non-diversified producer, unlike Serbia who, in realizing the threat of dependence on one market, has been actively developing apple supplies in recent years to the markets of the EU, the Middle East, and even to Southeast Asia.

Unfortunately, the list of threats to Moldova and Ukraine is not exhausted. In addition to the prospects for growth in production in these countries and the risks listed above, it is also necessary to take into account the growing production of apples in Turkey and Iran. These two countries are becoming the world’s largest apple exporters imposing competition for Moldova in Russia and for Ukraine on the markets of the Middle East and Asia. We talked about this in our analytics video “Apple: The race for leadership in the world market.” Also of note is the growing apple production in Georgia and other countries of the Caucasus and Central Asia, which has a negative impact on the overall balance of apples in the region’s market.

“For many years, we have been drawing the attention of the participants in the fruit business in our region to the fact that the world apple trade is not growing and even tends to decline. Apples are losing market share due to the growth of categories such as berries, exotic fruits, and new niche crops. Therefore, the production of non-premium quality apples is likely to gradually become an unprofitable business. In addition, the concept of premium apple is changing. Now, this category is gradually moving exclusively to club varieties, that is, protected and licensed varieties in whose marketing serious funds are invested. Be that as it may, such varieties are not grown in Ukraine and Moldova at all,” adds the FAO economist.

Apples from Ukraine and Moldova are well sold in Tajikistan, despite the excess of local apples