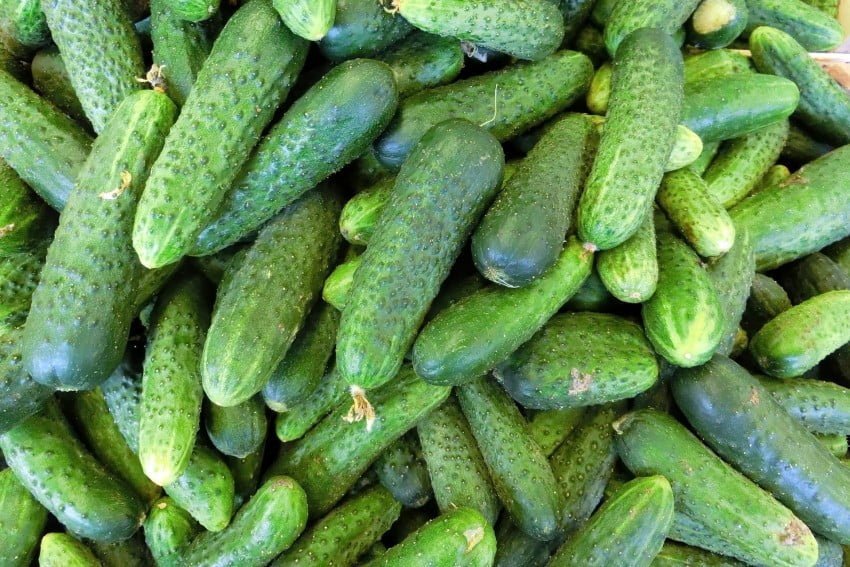 Cucumber prices in Georgia peaked last week after falling sharply in late May. July is the open field season and prices usually decline, but last week there was an opposite trend. Market participants explain the current peak prices by various reasons. 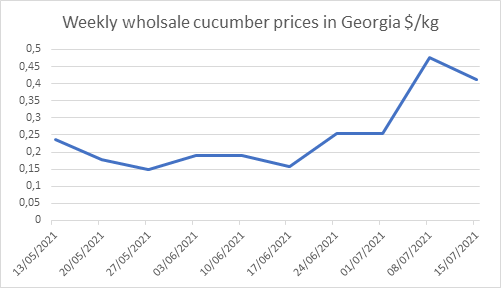 What caused the rise in prices?

One of the reasons is the dry and hot weather in recent weeks in the Kvemo Kartli region, which has led to a decrease in the harvest of cucumbers in the open field. According to Vano Tsukilashvili, a spokesman for Marneuli Agro, a large vegetable and fruit processing plant in the Kvemo Kartli region, the company has harvested cucumbers on 14 hectares this year. Marneuli Agro growsits own cucumbers for the production of canned pickles, as local farmers do not grow the varieties of cucumbers they need for production. Vano Tsukilashvili notes that dry weather may be the reason for the current high prices, since it resulted in the company harvesting 30% less cucumbers than planned this year.

“Rain is very important for a good harvest of cucumbers even when the plot is irrigated; in hot and dry weather, watering alone will not bring good results,” Vano Tsukilashvili says.

Geronti Sivsivadze, spokesman for the Marneuli Division of Georgia’s Ministry of Environment Protection and Agriculture, notes that local farmers are moving the production of cucumbers and other vegetables to greenhouses as it becomes increasingly difficult to grow them in open field.

Another reason for the sharp rise in prices last week may have been the low prices in May, after which many farmers abandoned cucumber production.

According to 2020 data by the Ministry of Environment Protection and Agriculture of Georgia, the Kvemo Kartli region ranks first in Georgia in terms of cucumber production. Its share in total production was 42% last year, followed by the regions of Kakheti (21%) and Imereti (13%).