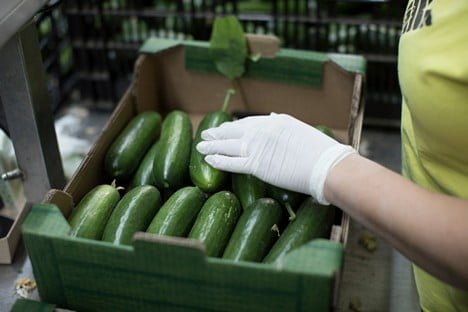 Greenhouse cucumbers are rapidly becoming cheaper in Ukraine, analysts of the EastFruit project report. Project experts say the collapse in cucumber prices in early June is traditional due to an increase in their supply from summer greenhouses.

In the current conditions, large greenhouse complexes were also forced to revise the prices downward. At the end of last week, greenhouse cucumbers were sold at 25-40 UAH/kg ($0.85-1.37/kg), which is on average 25% cheaper than at the end of the last week. According to representatives of the sector, the main reason for the price decline is the rather large supply of cucumbers, which are sold at an average of 20 UAH/kg ($0.68/kg), from summer greenhouses of the southern region.

Despite such a rapid price decline, Ukrainian plants currently ship cucumbers on average 2 times more expensive than at the beginning of June 2021. Meanwhile, most major market players do not rule out further price cuts in the segment, as the supply of cucumbers from summer greenhouses keeps increasing, and the sales rates have slightly decreased.