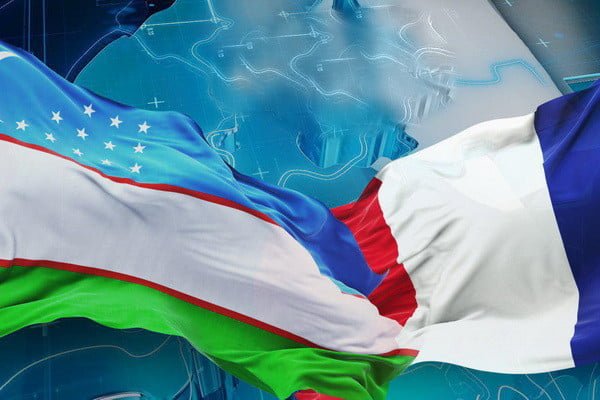 Since 2019, large French companies are closing consultancy and expertise contracts with Uzbekistan’s government organizations and companies. This Central Asian country is open to foreign investment, which benefits both sides.

After launching its first store in the Uzbek capital on December 24, Carrefour opened two more supermarkets back-to-back in Tashkent on January 14 and January 21 marking the first major international distributor’s arrival to Uzbekistan and even to the whole Central Asia.

By 2022, the French brand will open five supermarkets and two hypermarkets in Tashkent in total through franchising by the Emirati group Majid al Futtaim, which specializes in retail and malls. This commercial development will create 2,500 direct and indirect jobs and will get about 600 local suppliers to supply these stores.

Another major French retailer, Market Rungis, is developing a network of wholesale markets. On December 9, 2020, Semmaris, the managing operator of the national market Rungis, in the remote presence of the Minister of Agriculture of Uzbekistan and Minister Delegate for Foreign Trade and Economic Attractiveness of France signed a framework agreement with the Republic of Uzbekistan. According to the agreement, Semmaris will help to start a network of wholesale fruit and vegetable markets in Tashkent, Samarkand, and Andijan.

“We will provide exclusive and strategic assistance and expertise within two to three years to start eight agro-logistics centres throughout the country, including three wholesale markets under a 15 million euro contract. Also, we will advise and assist the government of Uzbekistan in managing this project,” explains Stefan Layani, President of Semmaris.

Nuz.uz reported that this future agro-logistics infrastructure project’s capacity will be 3 million tons of fruits and vegetables per year. It will contribute to Uzbekistan’s agricultural sector’s structuring, which is still partially occupied by informal markets.

“Uzbekistan is committed to an ambitious agricultural development policy by 2030, which involves the modification of its logistics infrastructure and raising the level to avoid the loss of 30%, or 20 million tons of fruits and vegetables, during their harvest and storage,” the head of the French company said.