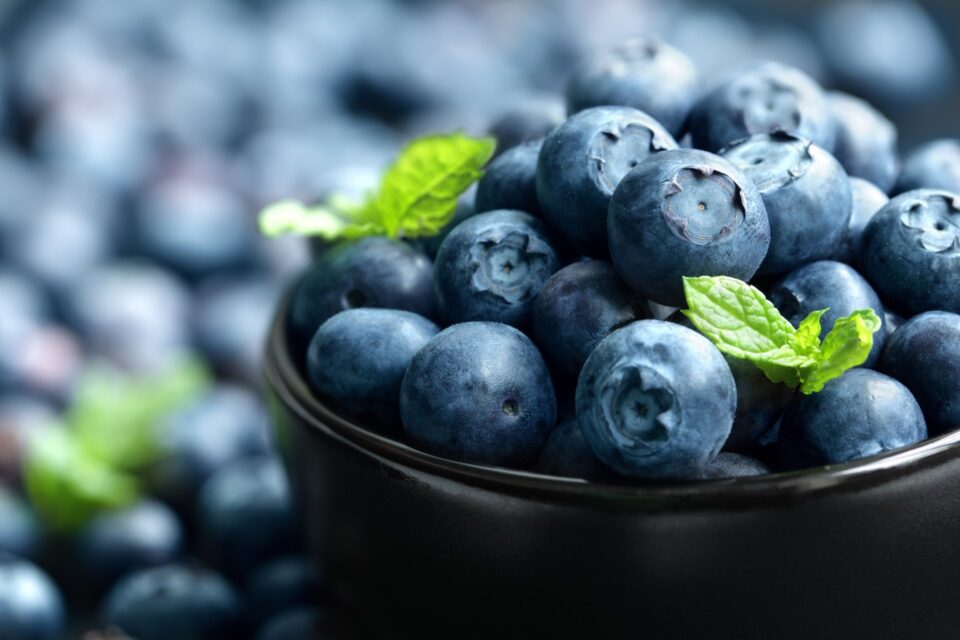 Blueberries are one of the most trending superfoods in the world. The growth rates of their global exports annually by 14% and by $ 480 million prove this claim. However, Ukraine, one of the world leaders in expanding areas of blueberries found itself in the top three countries in terms of the rate of blueberries export decline. The average annual reduction in Ukrainian exports for blueberries is 16% per year.

This information was shared by Andriy Yarmak, economist at the Investments Centre of the Food and Agriculture Organization of the United Nations (FAO), during the FTrade Berry Club 2021 berry conference, which was yesterday in Kyiv with the support of FAO and the EBRD. The event was organized by the APK-Inform: Vegetables and Fruits project. International fruit and vegetable analytical platform EastFruit, agromedia agency Sapienza were information partners of the event.

“In terms of annual sales growth, blueberries are now second only to avocados. About 700 thousand tons of blueberries worth $ 4 billion are exported annually,” Andriy Yarmak said.

“Asian countries and the European Union are the fastest growing markets for fresh blueberries. At the same time, the COVID-19 pandemic, despite the fears of berry growers, sharply raised the demand for this most expensive berry in the world. This happened because consumers around the world took care of their own health and learned that blueberries are among the most healthier fruits” Andriy Yarmak explains.

Why did the export of blueberries from Ukraine performed so poorly? Does Ukraine have any chances and prospects in the global blueberry market?

To answer this question, the FAO economist suggested first assessing the prospects for blueberry cultivation in different regions of the world. “The bad news for Ukrainian producers is that there are good prospects for growing blueberries almost anywhere in the world – the first orchard has already appeared even in the UAE.

Today we can see a great increase in interest in the cultivation of blueberries in Uzbekistan and other Central Asian countries, where there are all the necessary conditions to produce berries for further exports. Of course, the fastest growing blueberry production is in the countries of the Southern Hemisphere, that can get a high price for berries, supplying them to the rich countries of the Northern Hemisphere in winter. However, I consider the countries of Sub-Saharan Africa to be the greatest potential threat to them. Good prospects in Africa do not always come true, but they do have the cheapest and shortest sea logistics in the world to the two most important blueberry markets: Asia and the Middle East. In addition, among the advantages of this region, it is worth noting a sufficient amount of land and water resources, cheap surplus labor and a perfect climate for harvesting blueberries in all the seasons, allowing them to select the most attractive market windows. The domestic blueberry consumption market is also growing in Sub-Saharan Africa, which is always an important help for the berry business,” Andriy Yarmak notes.

The expert highlighted another trend – rapid progress of greenhouse technologies that allow growing a wider range of crops in greenhouses. Therefore, there are already many projects in the world for growing off-season blueberries near major markets. According to Andriy Yarmak, the main factor is better taste compared to blueberries transported across thousands of miles and not harvested at the highest stage of ripeness. It is also important that such projects allow to reduce harmful emissions into the atmosphere due to a decrease in the distance of transportation of products, and this is a great comparative advantage for retail chains. You also need to consider that a greenhouse can produce a higher blueberry yield with fewer treatments to protect against pests and diseases.

The production of greenhouse blueberries so far is not an widespead one, but Andriy Yarmak is sure that over time this trend will further develop. After all, blueberries are very expensive now.

Among the most successful blueberry exporting countries, Peru is the leader by a huge margin with an annual growth rate of exports around 35 thousand tons! For comparison, in its best export season, Ukraine exported just over 2 thousand tons of blueberries! Also, Andriy Yarmak highlighted the dynamic growth of blueberry exports from countries that are not yet known in the blueberry business. He suggested paying attention, first of all, to Romania, Serbia, Zimbabwe and Georgia.

And what about Ukraine?

“Firstly, one must understand that Ukraine does not have any strategic advantages in the blueberry business today. For example, climate in Ukraine is less suitable for growing berries than in the EU – this negatively affects productivity indicators. The fact that almost all the components of the technology of the Ukrainian berry market are imported, is somewhat negative. Moreover, labor was earlier an advantage of Ukrainian berry farmers, but there is not enough of it today and it is no longer much cheaper than in the EU. If we consider the lower yield of blueberries, its harvesting per 1 hectare can be even more expensive in Ukraine than in the European Union. Moreover, the investment climate in Ukraine is the worst in Europe.

The growth of the domestic market is a positive factor. However, an average Ukrainian consumer is not rich and Ukraine is the poorest country in Europe. Therefore, as soon as thousands of hectares of blueberries begin to bear fruit and the supply of blueberries rises sharply, prices may collapse dramatically,” Andriy Yarmak says.

Also, the FAO economist attributed the fact that there is no cooperation of berry producers in the country now and the average size of farms is too small which is a constraining factor for the exports of Ukrainian berries. Although, at the initiative of FAO, EBRD and several specialized associations, the country has adopted a legislative framework for the cooperatives in the sector. Therefore, basic opportunities have already been created for the development of cooperatives. “However, we still need to create a corporate culture, learn to work together – otherwise, Ukrainian blueberry producers will be excluded from the global market. After all, stable supply volumes are important for importers,” the expert in the berry market believes.

According to Andriy Yarmak, climate change has recently worsened the yield of blueberries in Ukraine and the payback period of investment projects in this field increased accordingly. This leads to a decrease in the investors’ interest in the development of berry projects in our country, even despite the relatively high prices for blueberries.

In addition, the fall in prices for blueberries in Ukraine and in other countries of the world will be inevitable in the future. This will give an impetus to the export of berries from Ukraine, but in the future, some farmers in Ukraine may start removing blueberry plantations. Moreover, small farmers who deliver berries directly to consumers, receiving the retail price, are likely to remain successful. The fall in prices does not threaten efficient large companies that can independently store, sort, pack and export products. But the middle segment will suffer the most.

The expert also believes that raspberries for fresh market will sell for higher price in the future than fresh blueberries. Therefore, he advises not to dismiss new projects on raspberries production for fresh market in Ukraine and for the purprose of exporting them to the EU.

“The decline in prices for blueberries in the world may lead to a slowdown in their exports, because they are starting to be produced almost everywhere. In this case, blueberries can become affordable and mass-produced. It sounds almost unbelievable now, since there is no processing of blueberries in Ukraine, but they can become a common raw material for processing. Fully mechanized projects with combine harvesting of blueberries, automatic refinement and sorting will become relevant then. Such projects can be implemented on hundreds and even thousands of hectares,” Andriy Yarmak explains.

Regarding exports, Andriy Yarmak believes that Ukrainian blueberry producers have now the best prospects for exports to the northern EU countries, the UK and the Netherlands. The latter country is mainly a re-exporter. The markets of the countries of the Middle East and Southeast Asia will remain relevant for Ukraine for some time, while aviation logistics is still relevant and African producers have not actively entered this market.

He also advises paying attention to the size of berries and the need for optical sorting to increase revenue. Indeed, now there is a tendency in the world to increase prices along with an increase in the size of berries. Marketing will be crucial here. “If Ukrainian berry producers can convince the global market that Ukrainian berries are tastier, as apple producers did, prove this with objective reasons and communicate it to buyers, many strategic shortcomings can be compensated for with a higher price.” – Andriy Yarmak sums up.