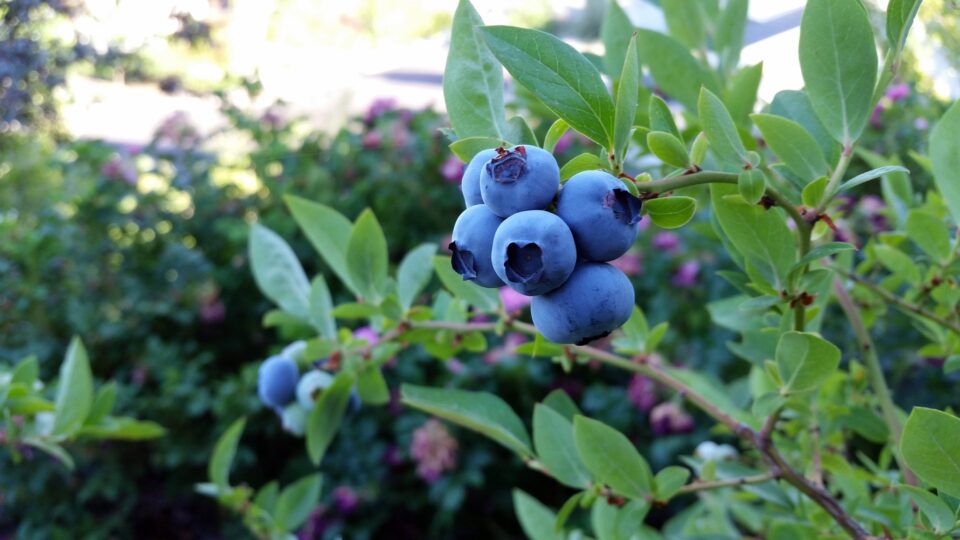 Home › News › Blueberries — are there any commercial berry producers in Uzbekistan?

EastFruit has been noting an increasing interest in blueberries in Uzbekistan for several years now. Initially, they became popular among wealthy people. The reason is that Uzbekistan is a country with a low level of income and blueberries were sold there at least at $ 30 per kg even during the production season.

However, the high price of berries attracted those who considered getting a profit out of this by producing blueberries in Uzbekistan. Interest in the production of blueberries in Uzbekistan has increased sharply after a series of our publications and data presented during online trainings on the potential and prospects of blueberry production in Central Asian countries.

Imported blueberries are still sold in supermarkets in Uzbekistan at a very high price – $ 5.2 per pack of 125 grams, which means almost $ 42 per kg of blueberries from Mexico. Given the climate of Uzbekistan, the southern regions of the country could already harvest the first early varieties of blueberries, if they were grown there. However, there are no Uzbek blueberries on the market so far.

The only known Uzbek blueberry producer is Nurli Oshom Tongi LLC. The company grows blueberries in the Yukorichirchik district of the Tashkent region. According to a short report by the kun.uz, this project was launched together with investors from Albania in 2018. As of September 2020, blueberries grown there were sold on the domestic market, but it was not reported where, how and in what volumes. The photographs show that blueberries are grown in containers and the plot appears to be relatively small.

At the same time, Uzbek agribusinesses often place large requests for blueberry seedlings on the biggest trading platform for fruit and vegetable technologies, EF Technologies, where seedlings of blueberries and other fruits and berries are sold. Large Uzbek investors also contacted EastFruit , planning to establish blueberry orchards in the country on a commercial scale. Therefore, companies are becoming more active in this segment now, although they do not disclose such information.

It only remains to add that the growth of interest in blueberries production in Uzbekistan is inevitable. In addition to the fact that it is the most profitable berry in the world now, the demand for which is rapidly increasing, it is also perfect for Uzbekistan. Its high wholesale price completely neutralizes the main disadvantage of Uzbekistan – high transport costs due to its remoteness from the main sales markets. Besides, unlike other berries, blueberries are good for long-term transportation and can even be stored in modern fruit storage facilities for up to three months. Also, a huge advantage of Uzbekistan is the low cost of labor, which is needed to harvest berries. In addition, Uzbekistan can start harvesting berries earlier than most other countries in the Northern Hemisphere, which provides additional advantages.

Unfortunately, we cannot yet estimate the exact Uzbek blueberry production made by small farmers, but we can expect a significant increase in investments in new blueberry plantations in the coming years.

Peru is going to increase table grape exports by 16%

Grape leaf as a business or how much money Dolma brings

Russia increases fruit and vegetable imports thanks to expansion from Iran

Bazaars to supermarkets in Uzbekistan – one chain alone opening 50 new...