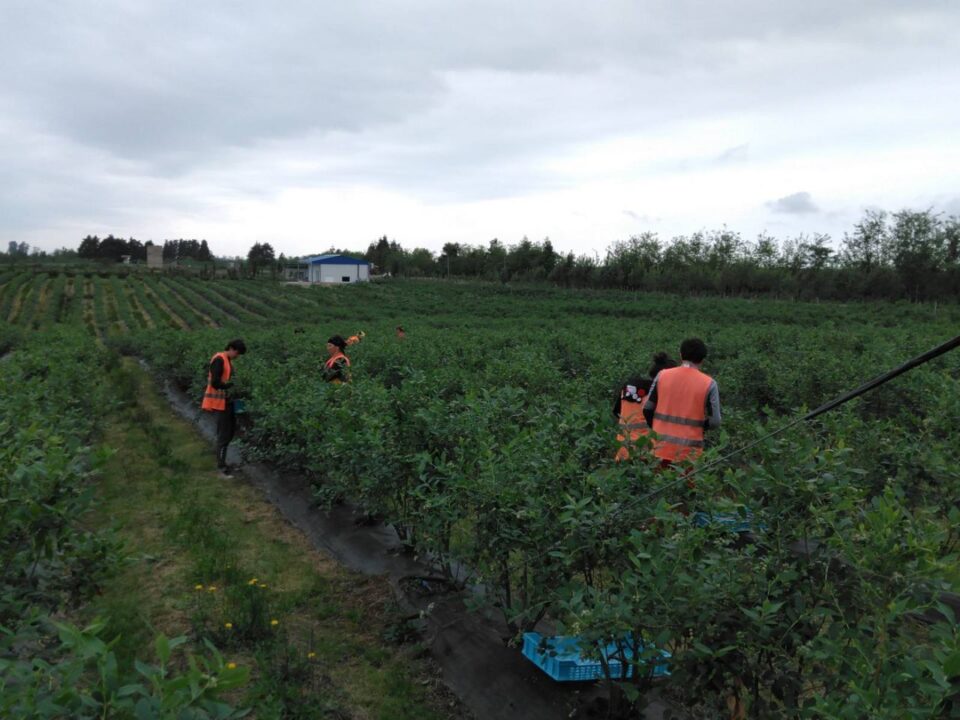 The Georgian team of EastFruit is pleased to announce that blueberries have finally ripened in the country! The company Blue Valley – one of the largest producers of berries in Georgia started the harvest of the early varieties of blueberries such as “Onil”, “Star”, “New Hanover”, produced in film tunnels.

According to one of the partners of the company, Levan Lebanidze, the first batch of blueberries will go on the local market. When the mass ripening of the berries begins, the company plans to start the exports. Blueberry season this year is 1–2 weeks late compared to a multiyear average and to the original plans of the producer due to an unusually cold spring that delayed the onset of blueberry flowering.

Blue Valley plans to harvest around 130 tonnes of fresh blueberries this season. The main exports destinations for blueberries from Georgia are the Russian Federation, the countries of the Middle East and the European Union. In order to work with the demanding EU retail Blue Valley was the first in Georgia to implement the GRASP (GLOBALG.AP Risk Assessment on Social Practice) standard with the assistance of the USAID Agriculture Program. GRASP is an add-on module to GlobalG.AP that addresses specific aspects related to the health, safety, and well-being of workers.

In addition, the company pays great attention to the observance of the cold chain, starting from the field, and ensures the traceability of the berry right down to the row where it was harvested. Photos from the plantations of the largest blueberry growers and information about their plans for berry production volumes are available here .

In 2020, Georgia increased its blueberry exports almost 3 times compared to 2019 – from 172 to 663 tons, 95% of which were exported to the Russian Federation. According to EastFruit forecasts , blueberry exports from Georgia may reach 5 thousand tons by 2023 .