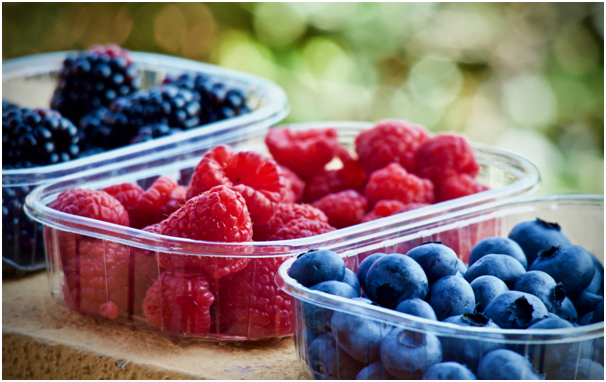 One of the main components of the berry business is berry varieties, which are the result of plant breeding programs either in Ukraine or abroad. Ukrainian plant breeding program is one of the components of the country’s food security. This was emphasized by Oleksandr Yareshchenko, Deputy Director for Scientific Work of the Institute of Horticulture of the National Academy of Agrarian Sciences of Ukraine (NAAS), during the webinar “Berry Forecast-2021. New season – new problems?” organized by the “APK-Inform: Vegetables and Fruits” project. The media partners of the event were the EastFruit international platform and the Sapienza agromedia agency.

“Ukrainian plant bereeding is a resource, by which we can obtain certain volumes of products and settle the issue of food safety. New varieties are offering a competitive advantage due to the limited access of domestic producers to foreign assortment. In addition, Ukrainian plant breeding sector creates jobs for scientists and technical staff,” Olexandr Yareshchenko said.

Nevertheless, according to Oleksandr Yareshchenko, Ukraine cannot compete with the leading plant breeding companies in Italy and Great Britain. “There are 2-3 varieties of strawberries In Ukraine, one is an early selection and 2 are new varieties. The situation with raspberries is similar. We have 2 Ukrainian varieties in production and so far, there are not any prospects for improvement observed,” the Deputy Director for Scientific Work of the Institute of Horticulture of the National Academy of Agrarian Sciences of Ukraine said.

According to Oleksandr Yareshchenko, full plant breeding of blueberries in Ukraine has not been carried out before, since the culture is relatively new for commerce. “At the moment, there are several domestic varieties in the register, which are in fact improved clones of the Elliott blueberry variety ,” the expert emphasized.

Olexandr Yareshchenko noted that the range of black currants is competitive. “Black currant is a crop with which we successfully compete with the leading plant breeding centers (Poland, Great Britain). More than half, if not 2/3 of the varieties of Ukrainian selection are grown in industrial plantations,” Oleksandr Yareshchenko added.

“The plant breeding sector in the world is increasingly acquiring the features of a commercial project. Accordingly, it is becoming more private than public. Even developed countries like the USA, Germany, Great Britain, which until recently allowed state funding for plant breeding programs in different institutions, now are also follow this trend. Breeding is increasingly becoming private by means of domestic resources, grants from government or international foundations. There are two main formats: either large companies can finance plant breeding programs from their own budget, or association of producers, processors, companies interested in creating a commercial product will do so,” the expert said.