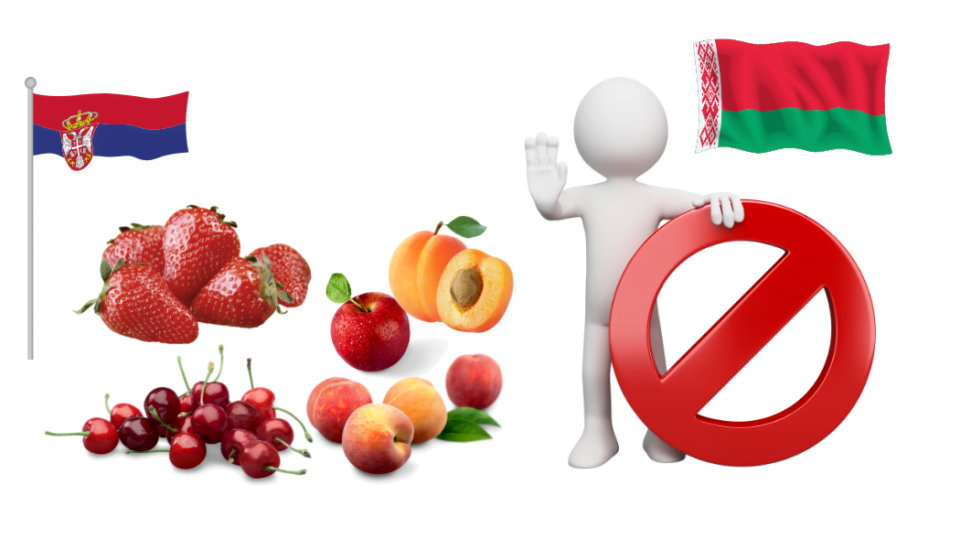 According to EastFruit analysts, Belarus has decided to expand the list of countries covered by the food embargo, i.e. a ban on the import of food products, including fruits and vegetables. Recall that from January 1, 2022, Belarus banned its importers from buying vegetables and fruits and some other products in the EU countries, as well as in a number of other countries in Europe and the world. The expansion of the list of countries from which the import is banned for Belarusian companies was quite unexpected – Serbia and Liechtenstein were added to it.

The surprise is that Serbia is not yet a member of the European Union, it is considered a friendly country in Russia, and even Russia has not banned Serbia from supplying vegetables and fruits to its market. By the way, Serbia remains one of the largest fruit exporters to the Russian market. Liechtenstein, although not a member of the EU, is not a producer of fruits and vegetables, so its inclusion in the list is obviously symbolic. Perhaps they simply forgot to add it to the original list of countries subject to the Belarusian food embargo.

Read also: Serbia and Croatia overtook Ukraine in terms of apple exports to Singapore in 2021

Notably, Russia is the No. 1 fruit and vegetable market for Serbia. However, Belarus is not an important sales market for Serbia, not even being among the Top-30 countries where Serbian vegetables and fruits are supplied. Similarly, for Belarus, Serbia is a minor supplier.

According to preliminary estimates, the loss of Serbian fruit and vegetable growers from the ban on supplies to the Belarusian market will amount to about $2.2 million. This is a relatively small amount, given the volume of fruit and vegetable exports of Serbia. However, due to the ban on the supply of products from the EU to Belarus, Serbia could count on a large increase in exports in 2022.

Which fruits and vegetables Serbia supplied to Belarus?

Uzbekistan has simplified the procedure for exporting fruits and vegetables