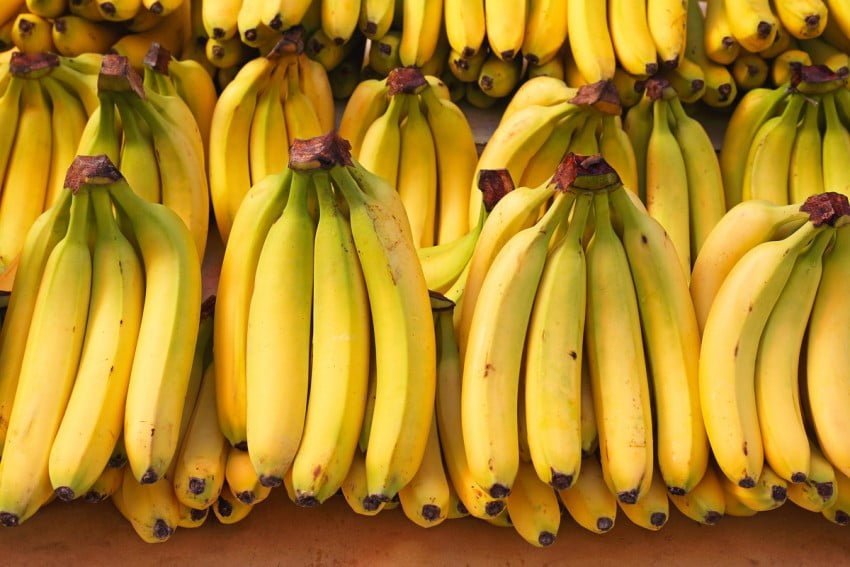 Home › News › Bananas are the best-selling fruit in supermarkets in Uzbekistan!

“Bananas are the best-selling SKU in supermarkets in Uzbekistan in terms of sales” – such a sensational statement was made by Zafar Khashimov, founder of the Anglesey Food family of companies, which also includes one of the leading retail chains in Uzbekistan, Korzinka.uz. His statement was during an interview with Evgeny Chernyak of the Big Money program.

The founder of Korzinka also noted that during certain periods of a season, strawberries may outstrip bananas or watermelons may outstrip bananas, but at the end of the year it is bananas that are the main commodity item on sale. And, according to Zafar Khashimov, the company has big problems with the import of fruits – there is a demand for imported fruits, despite the abundance of delicious local fruits. Therefore, the company has to pay upfront importers in order to ensure an uninterrupted supply of imported fruits.

The claim that bananas are the best-selling commodity item in Uzbekistan is even more interesting given the information on the level of their consumption in the country. Earlier, EastFruit analysts classified Uzbekistan among the importing countries with ultra-low consumption of bananas. According to experts, on average, one resident of Uzbekistan consumes only about 700 grams of bananas per year, which roughly corresponds to five pieces. In other words, one resident of the country consumes less than one banana per month on average. By comparison, the average resident of Ecuador, the largest banana exporting country in the world, consumes about 60 bananas per month – 145 times more than the average Uzbek.

“The situation in the consumption of fruits and vegetables in Uzbekistan and other Central Asian countries is changing very rapidly under the influence, including of the rapid development of supermarket chains. Consumers, especially young people, are becoming more and more interested in exotic fruits for the country. And even such expensive berries such as blueberries are sold in Uzbekistan in increasing volumes, and the availability of imported fruits on the shelves of chains is the most important factor in attracting wealthy consumers to stores,” says Andriy Yarmak, Economist in the Investment Department at the Food and Agriculture Organization of the United Nations (FAO).

“In addition, the development of infrastructure for storing fruits and vegetables, as well as technologies for their cultivation, have become important factors in the change in the consumption structure. Before, during the winter period, local residents relied more on dried fruits and conservation. Now, grapes, apples and some other local fruits are stored until the new harvest and are constantly available, and the development of modern greenhouse industries has made fresh greenhouse vegetables on the shelves the norm at any time of the year,” the expert notes.

He also explains that the relatively low per capita consumption of bananas in Central Asia is due to the high cost of logistics, since these countries are a far distance from the world’s oceans. “We usually fix the highest retail price for bananas in Tashkent, where consumers pay on average twice as much for a banana than in Moscow or Kyiv. However, in winter, bananas are not much more expensive than other fruits here, so their consumption increases. In addition, it is in the pricing of imported fruits in general, and bananas in particular, that supermarket chains have a significant advantage over bazaars, which makes this commodity position the most popular in the chains,” explains Andriy Yarmak.

By the way, on the Korzinka.ua website following the results of the latest audit of fruit and vegetable departments of retail chains in Uzbekistan, it retained its leadership in the comprehensive assessment of Tashkent supermarket chains.