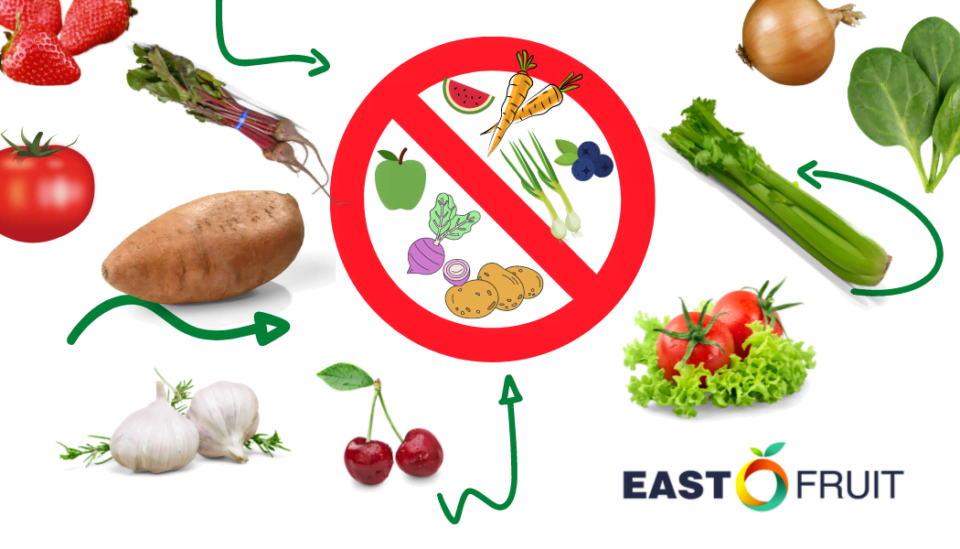 Who would have thought that one of the main issues in the economy of countries in the region in 2022 would be high cabbage prices? Nonetheless, food inflation causes discontent among consumers in Russia, Belarus, Ukraine, Kazakhstan, Uzbekistan and even Turkey, and the rapid rise in prices for traditional vegetables of the so-called “borsch set” is one of its key elements.

As EastFruit experts note, the methods used by the leadership of countries in the region to contrast food inflation puzzle economists. Although the transparency of market conditions stimulates competition and more efficient exchange of goods and services and leads to lower prices and their stability, Kazakhstan, Russia and Belarus choose autarky which has the opposite effect.

What is “autarky”? Surprisingly, this term is practically not found even in economic literature in the countries of the former USSR, which was the clearest example of autarky for many decades.

Autarky is an economic system where a country strives for self-sufficiency and the maximum restriction of trade. It doesn’t sound so bad, does it? For instance, what’s wrong with not importing cabbage? But if the problem with cabbage can still be solved, then what about the salmon of Belarus that has no access to the sea? Or where can Belarus get cherries and peaches if the climate does not allow growing them? Thus, as practice shows, autarky is a utopia.

Does it remind anything to people who are now 40-50+ years old, who grew up in the USSR? They saw what autarky leads to – a constant shortage of necessary goods, a meager assortment, a black market, the impoverishment of the population. As a rule, autarky ends with the complete bankruptcy of the entire country, as was the case with the USSR.

Recall that Russia currently prohibits the imports of food, including vegetables, from the maximum number of countries. It is catching up with Belarus, which has introduced an embargo on the imports of vegetables and fruits (as well as other products) from the EU and a number of other countries since 2022. It turns out this was not enough, and recently Belarus decided to introduce a ban on the exports of vegetables and apples, and even set maximum retail prices for a number of vegetables and fruits by administrative means! Did it help lower the prices? Of course, not. Moreover, the real prices of controlled goods keep growing steadily, and the efforts of the state give a new impetus to price growth.

In addition to the current market problems, plans of the Russian government to limit the margins on borsch vegetables to 5% are reported! Barely anyone can force supermarkets to sell vegetables at a loss. They may be forced with administrative and informal means, but in this case they will only formally keep vegetables on supermarket shelves. However, everyone will suffer losses: consumers, the country’s budget, farmers, and supermarkets.

Kazakhstan also introduced a ban on the exports of potatoes and carrots this year, which led to large losses for Kazakh producers. Realizing that the situation could only worsen due to government actions next year, the country recently lifted the ban. For a country so remote from global markets, it is quite dangerous to play the manual management of perishable markets.

Unfortunately, examples of striving for autarky go even beyond the boundaries of the post-Soviet states. Turkey has been and remains one of the most protected economies. However, it is well known that the further strengthening of administrative intervention in the economy and fiscal policy led to catastrophic consequences – a record devaluation of the local currency and record inflation. Unfortunately, the country’s leadership has recently taken another confident step towards further aggravating the problem – it has given the Ministry of Agriculture and Forestry of Turkey the authority to restrict the exports of fruits and vegetables and other food! This option has not been used so far, but the investment climate in the industry has not improved from this news. Moreover, producers say that the production of vegetables and fruits is unprofitable, since the devaluation of the Turkish lira leads to a sharp increase in growing costs, while the proceeds from the sale of fruits and vegetables instantly depreciate.

Unfortunately, state regulation on 11 types of food products was also returned in Ukraine at the beginning of 2022. However, vegetables and fruits have not yet been included in the list. Notably, those products that were subject to state regulation continued to rise in price after that. It remains to be hoped that this temporary and erroneous regulation will be canceled in the near future, as its inefficiency is obvious. Nonetheless, Ukraine does not restrict the exports or imports of products and does not declare such intentions, unlike some of its neighbors. Moreover, Ukraine recently signed a free trade agreement with Turkey, which will have a positive impact on the horticultural business as a whole.

Nevertheless, regional trends for the development of the fruit and vegetable market remain quite negative. Multiple restrictions on trade lead to the unwillingness of investors to engage, as the state can dramatically change the rules of the game. They do not want officials to share their harvest, and will look for areas where the risks are lower, and even subsidies will not convince them. By the way, subsidies do not come out of thin air – it is money that the state has collected in the form of taxes from consumers and farmers. This means that the nominal prices for vegetables and fruits in such countries will grow, as well as the real costs consumers pay for them.