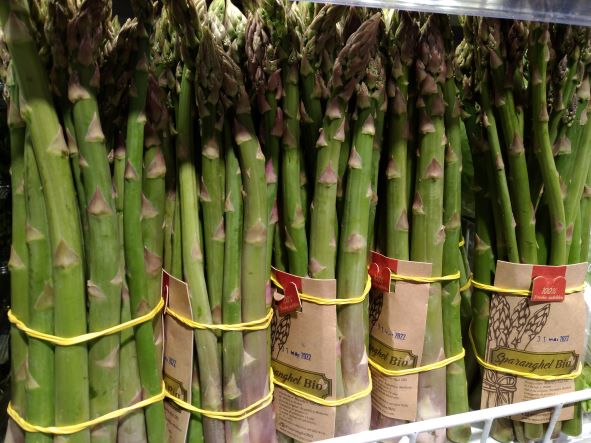 You can also find asparagus in the fruit and vegetable boutiques of shopping centers and city markets. However, there are few sellers. With rare exceptions, asparagus is sold by family members of farmers-producers. The price does not drop below 160 MDL/kg, and, as traders say, “it is unlikely to drop significantly until the end of the season – that is, the last week of June.” In May-June 2021, both in the market and in supermarkets, asparagus cost no less than 150-160 MDL/kg. However, even considering the emerging “systemic price reduction”, asparagus remains the most expensive vegetable in Moldova.

Chisinau retail owes the price reduction for asparagus to the efforts of a large commodity producer – Maestro-Nat SRL. The company has been widely known on the Moldovan agri-food market for many years as one of the largest producers, processors and exporters of walnuts. The company has been growing and selling asparagus since last year. The company’s asparagus immediately appeared on the shelves of supermarkets. According to expert estimates, there are less than 10 remaining Moldovan asparagus producers – they did not enter retail chains although they started growing a year or two earlier.