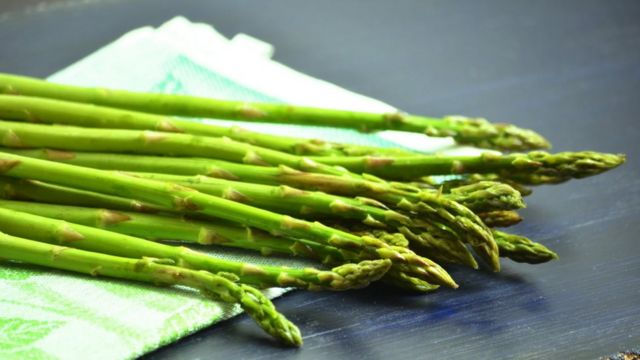 Home › News › Asparagus in Uzbekistan: assessing the profitability of production and exports

Asparagus is one of the most trending vegetables worldwide – according to EastFruit, its consumption is growing rapidly, and its producers are making good profits. In particular, in the countries of Eastern Europe, the demand for asparagus is growing faster than its production, so the prices for asparagus are about 2-3 times higher there than in the European Union, where asparagus has long been a traditional spring product.

Nevertheless, producers in Uzbekistan and Central Asian countries ignored these trends for some reason, as in the case of blueberries. Therefore, the production and consumption of asparagus is not developed here, and consumers do not know what asparagus is.

It turns out that Uzbek farmers are losing the opportunity to earn very good money on growing this crop, which can bring much more profit than all other vegetables – it is the only outdoor vegetable sold at $ 6-10 per kg. Therefore, we will try here to assess the possible benefits of growing asparagus in Uzbekistan, both for consumption and for exports – there are many of them!

To assess the prospects for asparagus consumption in Uzbekistan, EastFruit conducted a non-representative survey to determine how familiar consumers are with asparagus. Mainly people with higher education who have been abroad, including in European countries, were questioned. However, even among them, only 67% know what asparagus is and 47% have eaten asparagus at least once. 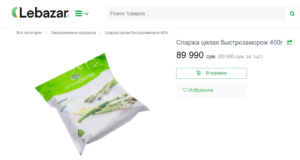 However, prices in Russia are higher than in Ukraine or the EU, because local consumption is increasing and asparagus production is underdeveloped. Accordingly, this is a good news for Uzbekistan, which will be able to add another product to its exports.

At the same time, in Uzbekistan, asparagus can be harvested much earlier than in other countries, which of course gives the possibility of a higher price.  Asparagus can even be harvested in March in southern regions, if grown in open field, and in February, if grown in covered culture. At this time, asparagus is imported to Russia mainly from Peru at rather high prices.

It is notable that asparagus belongs to medicinal plants in many countries. It lowers blood pressure, slows down the heart rate, dilates peripheral vessels, and relieves fatigue. Asparagus promotes the elimination of harmful substances from the body; therefore, it is recommended for treating diseases of the kidneys, heart, rheumatism, gout and other, because asparagus is rich in vitamins, minerals and contains a lot of folic acid. Thus, it is considered healthy for strengthening the immune system and improving vision.

Therefore, asparagus was the food of the gods in ancient Egypt, and it is called the “king of vegetables” in France. The leader in its consumption is Germany, where they prefer white asparagus, while in most other countries, mainly green and rare purple varieties of asparagus are popular.

In addition to its health benefits, asparagus is very tasty. There are many recipes for cooking asparagus on the Internet, and the tops of young asparagus can even be eaten raw! Asparagus can also be grilled, baked in the oven, boiled, added to salads, etc. Asparagus is perfectly combined with other products: both with meat and fish, in main courses and as a side dish.

As the prices for asparagus in Uzbekistan are still high, and few people know about it, producers should not count on huge sales right away. However, they will not get asparagus right away, as well. It is a perennial crop, and it should be harvested only on the second or third year of the growing season. But it can bear fruit for several years, and based on the production technology, up to 10 tons of asparagus can be harvested per year. Asparagus is often grown by the same producers who also grow berries, in particular blueberries, as this allows to expand the season for hiring seasonal workers, and asparagus distribution channels, as well as cooling, processing and logistics, are similar to those of berries.

Another advantage of Uzbekistan over other asparagus producers is the availability of a relatively cheap labor. Asparagus requires a lot of manual labor, and workers in the EU are paid much more. In addition, there is a shortage of labor.

Asparagus has its own specifics, and you should know it before starting to produce asparagus. It needs cooling, especially when exporting to distant markets, as well as processing and packaging. Improperly packaged asparagus can either rot or wither before it reaches consumers.

Ukraine, where asparagus production began to develop earlier than in other countries is the largest producer of asparagus in the former USSR. However, even Ukraine has not yet exported it, although it is assumed that asparagus can become the number 1 export product of Ukraine.

The largest volumes of asparagus are imported by the United States, where its consumption remains high throughout the year. Therefore, it is the United States that imports 10 times more asparagus annually than the second largest importer, Germany. In addition to them, Canada, France, Spain, Great Britain, the Netherlands, Japan, Switzerland and Belgium are also among the leaders in the global imports. In Asia, besides aforementioned Japan, the biggest fresh asparagus imports are in Singapore, Taiwan, Hong Kong, Malaysia and South Korea. The volume of asparagus exports is also growing in the Middle East, primarily in the UAE.

The preliminary conclusion of our experts is that Uzbekistan should now pay attention to the cultivation of asparagus, if the country plans to enter in the global fruit and vegetable markets. After all, the assortment of fruit and vegetables is one of the most important advantages of the exporters, not to mention the high prices for asparagus. Since Uzbekistan is far from key sales markets, has no access to seaports, and the logistics of exports will always be relatively expensive for it, it is important to pay attention to expensive products.

In January-May 2021, Uzbekistan reduced the exports of fruits and vegetables