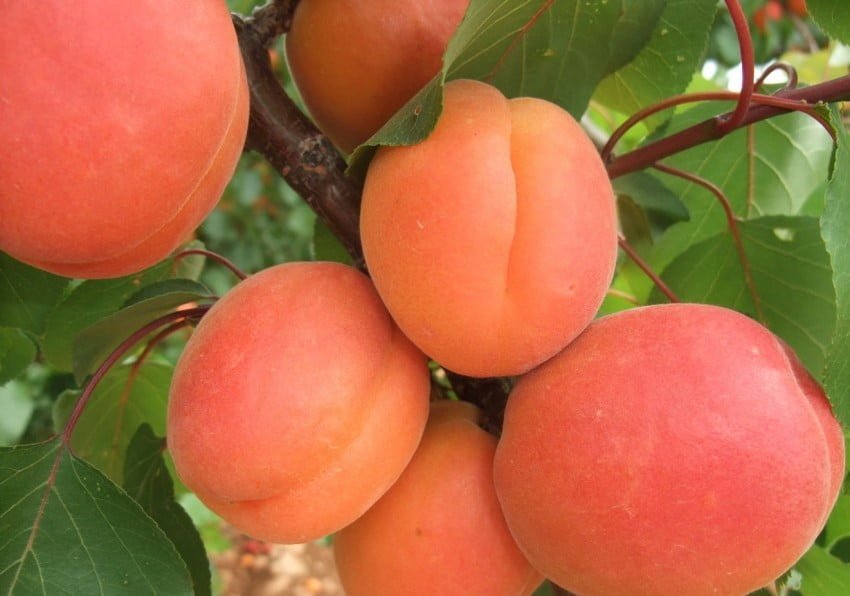 The Uzbek team of EastFruit reports that prices for apricots decline there for the third week in a row but remain much higher than last year. In Russia, prices for fresh apricots are only slightly higher than in Uzbekistan, which does not stimulate exports, and Uzbekistan is usually the second largest exporter of apricots in the Russian Federation.

However, prices for Uzbek apricots are constantly falling. Their average wholesale prices have dropped by 35% over the past week, June 3-10, and almost thrice in the last 20 days. Despite this decline rate, apricot prices remain very high compared to the same period last year. According to EastFruit price monitoring data, their average wholesale price was 3.2 times lower on June 10, 2020 than it is now.

Maximum prices for apricots have recently been decreasing the quickest. Since mid-May, the maximum levels of wholesale prices for apricot ranged from 55,000 to 60,000 sums per kg ($ 5.2-5.7), but the maximum wholesale prices dropped to 25,000 sums per kg ($ 2.4) – more than 2 times over the last week (from June 3 to 10). This indicates an increase in the supply of high quality products on the market, which was little due to the damage caused to the apricot orchards in Uzbekistan by two waves of frost. 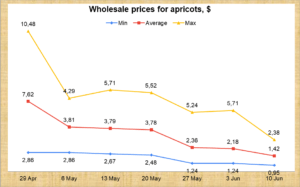 As reflected by the chart, the decline in average prices for apricots was largely due to the fall in maximum prices and a significant narrowing of the range of prices in the market. Apricot prices are decreasing much faster this year than a year earlier, but the starting price level was much lower then, and the supply throughout the season was close to a record high. 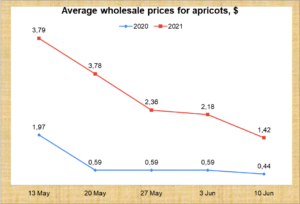 Thus, our forecasts and estimates of damage to the fruit harvest in 2021 in the second half of March 2021 have come true for both apricots and cherries. It is becoming obvious that apricots are unlikely to fall in price in Uzbekistan, at least to the levels to which consumers and importers of Uzbek fruits are used to. After all, the apricot season in the country does not last long, and the peak of harvesting and selling apricots is in the first half of June.

Uzbekistan, one of the world leaders in the exports of fresh apricots may de facto become a net importer of these stone fruit in 2021. However, we can hope that trees “rested” from the harvest will give a high harvest next year, and the growth rate of fruit exports will rise again.

In the meantime, Uzbeks can buy fresh apricots in neighboring Tajikistan, which suffered much less from frosts and where prices for apricots are on average two times lower.