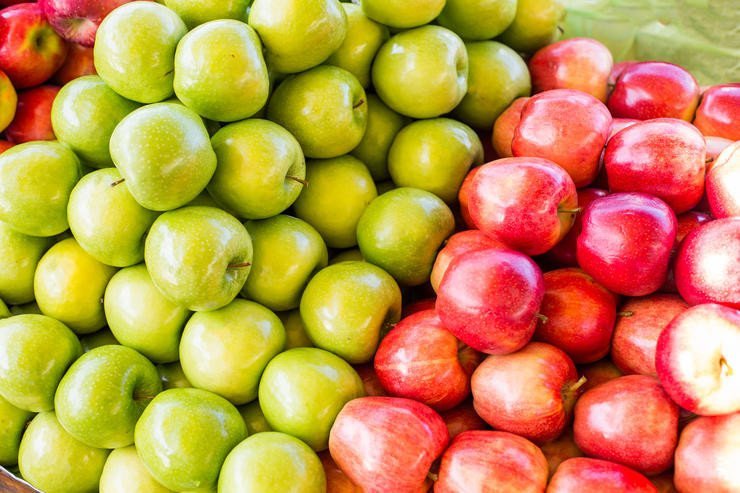 According to EastFruit analysts, participants in the Chinese fresh apple market expect a difficult season. Despite the USDA’s forecasts of a possible decrease in the apple harvest in China, local sources speak of a likely increase in production.

The situation is aggravated by the fact that summer apples in China in 2021 were sold at record low prices given large stocks of the 2020 apple harvest in the country’s fruit storage facilities. Accordingly, apples from storage were sold at relatively low prices, competing with summer varieties.

Since Chinese farmers started supplying Gala apples to the markets in late July and early August, the situation in August only worsened and prices remained at record lows. Farmers often received less than $0.2 per kg for good-quality summer apples, and buyers paid no more than $0.10 per kg for small-sized apples!

Despite low prices throughout the season, China managed to increase its apple exports by only 2% compared to the 2019/29 season to 1.1 million tons. This was the highest export volume in the last three seasons, but it was significantly lower than the export in the 2016/17 and 2017/18 seasons. In those years, China exported 22-24% and almost 260 thousand tons more apples than in the 2020/21 season.

Read also: Apple prices in Belarus are among the highest in the region due to government regulation

Apple imports to China last season were also at a record low for many years – only about 69 thousand tons. However, this did not save the situation. It seems that an alternative to the Russian market, access to which for Chinese apple exporters is still closed, has not been found.

This is complicated by the unfavorable situation in the apple concentrate market, where China is the largest producer and supplier. In recent years, reconstituted juices are no longer considered a healthy product and are losing consumers around the world, with other drinks taking their place. Accordingly, even the sale of apples for processing into concentrate at an affordable price is now more complicated.

Another high apple harvest in 2021 in China, if confirmed, could aggravate the global imbalance in apple supply and demand, which EastFruit experts draw attention to with the #freshapplecrisis hashtag.

By the way, from the countries of our region, Uzbekistan became the largest apple importer from China last season, where about 6 thousand tons of Chinese apples were shipped. Kyrgyzstan bought about 2.8 thousand tons of Chinese apples, while other countries almost did not import apples from China. On the other hand, China actively competed in the markets of Asia and the Middle East with apple suppliers from Europe, and this competition in 2021 can only get tougher, because a record apple harvest is expected in Eastern Europe.