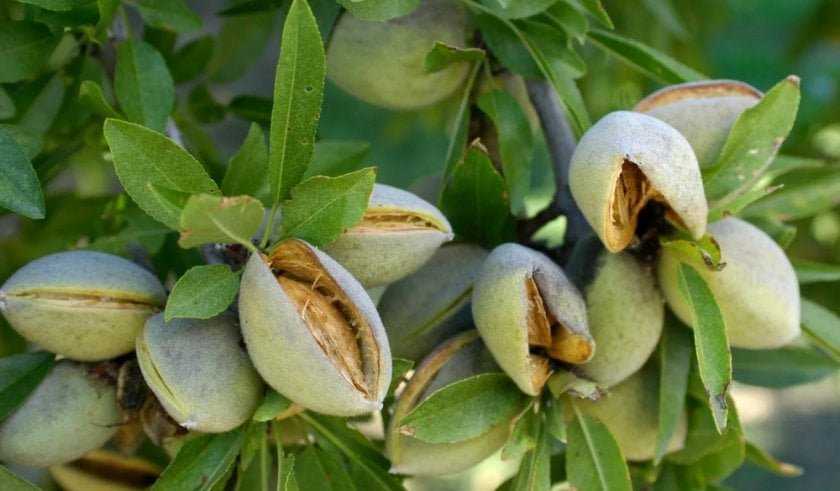 Home › News › Almond orchards are removed due to lack of water in the US — what does this mean for the global nut market?

EastFruit analysts draw attention to the most important event in the global nut business – a sharp change in expectations regarding the almond harvest in the United States.

The state of California in the USA is a recognized world leader in almonds, which provides almost 80% of the world supply of almonds and they are distinguished by high quality nut parameters. The industry had fairly positive expectations for a 20/21 almond harvest in California, which implied an even higher yield (+ 3%) than the record 2020/21.

But on Monday, the Almond Growers Council published an objective measurement report, stating that almond production in the United States will decrease by 10% compared to last year and will amount to 1.27 million tons (kernel). These changes were mainly due to a decrease in yields by 18% compared to the previous season, which is associated with an acute shortage of water in California. The report was prepared on the basis of a sample of representative field surveys from May 26 to June 30, and the sample included 1,828 trees on 914 farms.

The full version of the report in English is available here.

May 2021 was the driest in 127 years, according to the National Integrated Drought Information System maintained by the US National Oceanic and Atmospheric Administration. California, producing more than a third of the vegetables and two-thirds of the fruits of the United States, suffers the most. High temperature and California’s second-in-a-row dry winter have caused more than 85% of the state’s land being in “extreme” and “exceptional” drought. The latter covers more than a third of the state’s territory and is characterized by loss of crops, pasture land, water scarcity in reservoirs, streams and wells, creating emergencies.

Amid claims by the federal government to cut water supplies to cities in the state, as well as to stop water supply to farms, some farmers are abandoning water-sensitive crops and uprooting entire farms. Basically, these are almond orchards that have reached maturity, or which are characterized by low efficiency. Although new plantations are entering fruiting, after 2016, the rate of planting new almond orcjards in California decreased by an average of 2 thousand hectares per year, and in the last 3 years the rate of planting has decreased by half. There is no updated data on fruiting almond plantations yet.

At the same time, the demand for high-quality almonds may increase in the EU, which accounts for about a quarter of California’s exports. According to Unión de Uniones, almond production in Spain, where the United States exports about 10% of almonds annually, will decrease by 20% compared to the 2020 due to unfavorable weather conditions in the spring, as well as lower quality and phytosanitary problems of the past season. It is worth noting that the main decline in production is expected in the rainfed lands of Castile-La Mancha, Aragon, Catalonia, the Balearic Islands and Valencia.

This creates favorable conditions for newcomers to the almond business – Georgia and Azerbaijan – to enter the world market, provided they offer quality products.

You can watch how almonds are grown and harvested in California and learn about the almond business here.