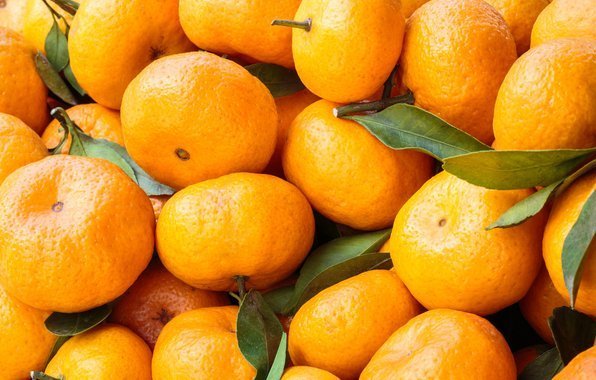 Home › News › A high yield of mandarins is expected in Georgia. What about the quality?

Georgia expects 70,000 tonnes of mandarin harvest of the Satsuma variety also known as Unshiu broadleaf in 2021. If this is confirmed, this harvest will be the largest in 2017-2021. But, as local growers and exporters suggest, high yields have more to do with the plants’ ability to bear fruit, rather than establishing new orchards or better management practices. Another feature of this season that could affect prices is the relatively small size of mandarins due to excess harvests and rains in September.

Exporters will start active purchases of mandarins from farmers in November. Wholesale buyers told EastFruit that demand in export markets, mainly in Russia and Ukraine, is always high for high-quality mandarins, which means large size and no visible defects. Therefore, the only requirement from wholesalers is quality. Judging from their experience, the share of non-standard mandarins in Georgia usually ranges at 10-30%. However, exporters expect it to be higher this season. The mandarin growing sector in Georgia is very fragmented, with most of the farm areas being less than one hectare, so traders have to visit many grpwers to collect export volume and quality mandarins.

The quality issues of Georgian mandarins are caused by old orchards, common diseases (including fungal), pests – silver mite and citrus gall midge (Aleurocanthus woglumi), as well as the reluctance of farmers to invest in farm maintenance. Most orchards are not sprayed for disease. Farmers have no motivation to spend several thousand GEL on this, not knowing that they will sell their crops profitably. They complain about the instability in the market and traders not being able to ensure stable purchases before the start of the season.

Approximately 98% of the harvest is sold in orchards, and only 2% is stored because there are not enough export-grade mandarins for storage until spring. Households that are the main growers of mandarins do not have refrigerated storage facilities and store their crops in self-made warehouses. Only mandarin packaging and exporting companies own refrigerated storage facilities in the region.

The head of the department for sectoral development of agriculture of the Ministry of Agriculture of the Autonomous Republic of Adjara, Jimsher Diasamidze, called tourism one of the factors why mandarin growers from the Adjara region are less interested in its production today.

“One of the factors explaining this trend is that areas where citrus fruits were historically grown in Adjara, including Kobuleti and Khelvachauri, have now become more active as tourist centers. Many locals have switched to work in the HoReCa sector and less of them are interested in working in orchards. But we strive to promote the production of new varieties of mandarins, especially early ones. These varieties allow to produce mandarin for a longer period, which is very important for the development of exports,” Diasamidze said.

The Adjara Ministry of Agriculture has been offering a financial support program for citrus growers since 2014. The program finances 70-80% of the cost of the seedlings and is suitable for small farmers. However, according to Diasamidze, the number of farmers involved is not enough to renovate old farms even over the next 10 years. To date, a total of 35 hectares of citrus orchards in Adjara have been funded under this program. 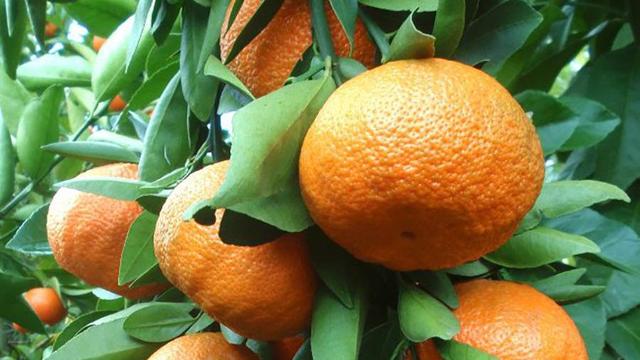 In an interview with EastFruit, mandarin growers named several reasons why they are less interested in the state program: firstly, the lack of information – some growers did not have information about such a possibility. Others consider the market unstable and do not want to invest their time (not only money) – at least 5 years before the first harvest; they prefer to sell whatever quality and quantity they have from old farms. Another issue that worries some growers is the quality of the seedlings in the nurseries participating in the program. They would rather buy seedlings at full price from a trusted outside vendor than buy them at a discount from a nursery they have no information about.

Levan Beridze has planted 300 mandarin trees on an area of ​​3600 square meters. The trees in his orchard are of different ages from one to nine years old. Beridze only has an early variety, which is harvested in mid-October. He had a good harvest this season, but despite his efforts, the size of fruits was smaller. This year, he harvested more than 9 tonnes of mandarins and sold the best of them at 1.3-1.5 GEL/kg ($0.41-0.48). He had a much smaller harvest in 2020, but larger fruits, for which he got more than 2 GEL/kg ($0.62).

“Before planting the early variety, we had a 10-year-old mandarin orchard that was not fruitful. At this age, a mandarin orchard is fully ripe and reaches its maximum potential, but the quality of the seedlings was poor in our case, so we did not get the expected yield. We cut down the trees and began to plant again. This is not an easy decision. I believe that one of the reasons why the owners of old orchards do not want to plant new ones is a long wait, 5-6 years, before the first harvest,” Beridze said.

Another farmer, Tengiz Kartsivadze, owns a fully mature 12-year-old mandarin orchard of 0.5 hectares in the Adjara region. He has both early and late varieties, but now only 10-15 tonnes of late ones are left to be harvested. To achieve maximum quality, Tengiz takes care of the mandarin orchard all year round, fertilizing it and fighting disease. Kartsivadze stores the harvest and sells it in February, because the prices are higher then. In order to sell it so late, he must store it properly, given that he does not have storage facilities .

“To store and then sell mandarins profitably, there are several conditions. Firstly, the quality – there is no sense to store low-quality mandarins, as no one will pay much for them even in February. Another point is the harvesting process. I only trust my family to harvest mandarins for storage, because if they are damaged during harvesting, they will spoil the entire harvest later, during storage. The third point is storage – you need to know how to store them correctly, when you do not have a cold warehouse,” said Kartsivadze.

The season for exporting mandarins from Georgia is in its peak phase from November to February. Georgia exported 36,281 tonnes in the season 2020-2021, which is 13% more than in the previous season. The main importing countries were Russia, Armenia and Ukraine. Wholesale prices for mandarins in the local market currently range from 1.2 to 2 GEL/kg ($0.38 to 0.64).