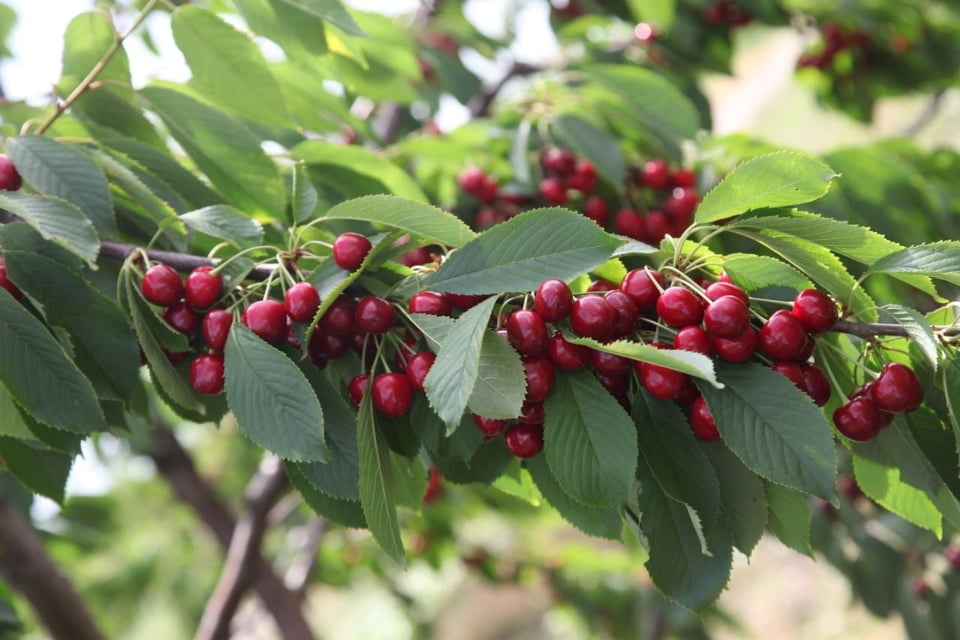 The domestic market of Ukraine is oversaturated with inexpensive cherries, and the purchasing power of the population is low 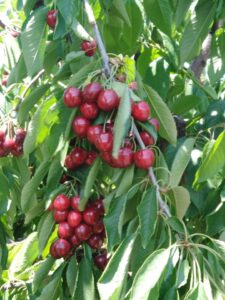 Yevheniya Nikityuk attributes this exclusively to low demand. “In my opinion, the quarantine restrictions introduced in Ukraine since the beginning of the coronavirus pandemic contributed to the decline in purchasing power. At the same time, cherries are not an essential product for consumers that mostly buy vegetables of the “borscht set” now – onions, potatoes, carrots, tomatoes. At the same time, they buy a little more strawberries because of their more affordable price – 35-40 UAH/kg ($ 1.28-1.46),” she notes.

The second reason for the low demand, according to the expert, is the decline in the country’s population that can purchase and consume cherries. This includes the departure of the young population abroad and the loss of Ukraine’s control over Crimea and part of the Donbass – these regions consumed a significant volume of cherries produced in other regions of Ukraine. 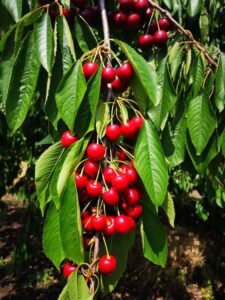 “There is an interesting case in Kyiv. For instance, there is a reseller who has several stores in the capital and purchases cherries from us at 35 UAH/kg ($ 1.28). To a question whether it is possible to negotiate a higher price, we received a negative answer from him. At the same time, he sells cherries at 85 UAH/kg ($ 3.10). To our question how the price is formed, he replied that there are no specific factors, but if he lowers the price now, he will not be able to raise it in the future,” Yevheniya says.

Is it profitable to produce cherries for the domestic market?

Cherry producers highlight a paradox on the market: growers have lowered prices to a minimum and sometimes work at a loss, while resellers buy small volumes, but sell cherries at twice the price.

“Why do producers operate at a loss? Harvesting costs 5-7 UAH/kg ($ 0.18-0.26) today. In addition, the price for the euro container went up to UAH 3.5/kg ($ 0.13). There are also direct costs that have to be included – the costs of loading, logistics, cooling, unloading. There are indirect ones, as well – costs for pruning and fertilizers. Thus, 1 kg of cherries cost about 25 UAH ($ 0.91) today. Fertilizers are bought at European prices, and products are sold at Ukrainian prices. Thus, selling cherries at UAH 25/kg ($ 0.91) – at the cost of production, means working at a loss. This year, Ukrainian producers expected at least last year’s prices – UAH 40/kg ($ 1.46), but the price for a mid-season variety “Melitopol Black” at the farms was at the level of 15 UAH/kg ($ 0.55). 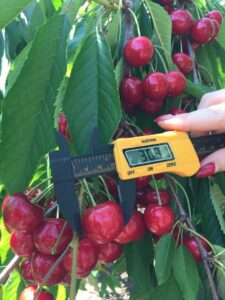 The only hope for cherry growers today is late large-fruited varieties. “These are high-quality products that we can export. Therefore, we will slightly relieve the domestic market, but we will overwhelm exports. Today the price is lower than last year, but the quality is also lower, since there were no such natural disasters last year,” Yevheniya notes.

“There is a lot of low-quality cherries on the domestic market, and, as a result, the demand is not high enough. Due to long rains in June, old varieties of cherries cracked and rotted. This was typical for the southern and eastern regions of Ukraine,” FAO international consultant Kateryna Zvierieva says. 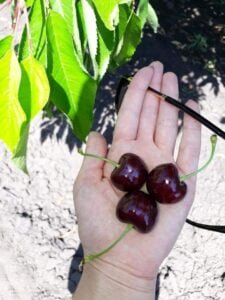 “Agronomists of Donetsk region say that there has not been such a high precipitation for 30 years – 300-350 mm of precipitation is a lot. Producers note that there was a lot of shedding of the berry, since the difference between the temperature at night and during the day was significant. The trees were stressed. Also, the rains affected the shelf life of the product and there were a lot of cracking,” she notes.

Agronomist Yevheniya Nikityuk also emphasizes that the company’s farm suffered from heavy rains for a month. “At the same time, we used Canadian drugs to prevent cracking of fruit. That is, we incurred large costs, the yield of early and middle varieties decreased. The quality of late varieties is much better and we will try to export them. However, we should not forget about small producers that send their entire harvest to the domestic market. In my opinion, there is no point for large producers of high-quality cherries to go on the domestic Ukrainian market,” she notes.

According to the international consultant of FAO Kateryna Zvierieva, producers who managed to preserve the harvest and its quality are now trying to sell cherries at a price above average in the domestic market, and are also developing exports.

“As you know, in foreign markets such as France and Italy, the cherry harvest has also suffered significantly and the volume of quality cherries has decreased. This has opened up opportunities for Ukrainian exporters that managed to preserve their harvest and are also awaiting the ripening of later varieties. Later cherry varieties, especially those from intensive orchards, are expected to give high yields this year and will be sold at higher prices,” the UN FAO international consultant notes.

Yevheniya Nikityuk adds: “We need to consider export and produce good quality cherries for it. In addition, it is easier for a large producer to work with one large buyer who is interested in stable supply volumes than with 10 different ones.”

Speaking of exports, Yevheniya Nikityuk emphasizes that the price in Belarus, the main importer of Ukrainian cherries, is not very high, too, since there is a crisis.

As for the local Ukrainian retail, according to the producers, supermarkets are afraid to purchase Ukrainian cherries this year.

“We were the first to deliver cherries to the Kyiv supermarkets of a well-known chain – they were very skeptical about our cherries, preferring imported ones. I wanted to buy 1 kg of these cherries that have no taste for laboratory analysis to see what they consist of. They taste awful, but have good shelf life and don’t mold. Therefore, supermarkets willingly purchased them” Yevheniya says.

Due to heavy rainfall, many Ukrainian producers were unable to offer good quality products to supermarkets. 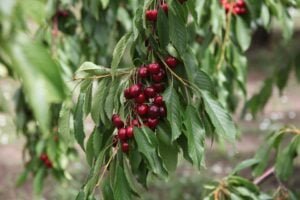 The Aurora company has already delivered about 10 tons of cherries to Ukrainian supermarkets. “Kyiv supermarkets buy them in small batches – 1.4 tons, 1.6 tons, 2.0 tons. There are no large volumes in the current season. Last year, our one-time deliveries amounted to 5-6 tons. The same was the case of apples that costed about 40 UAH/kg ($ 1.46) last year during this period. Therefore, the producers held back the products. This year apples cost 8 UAH/kg ($ 0.29) including VAT and no one buys them. Producers persuade retailers to take their apples for sale, since there is no demand, as the berry season has come. Unfortunately, strawberries, cherries, apples, blueberries, honeysuckle, gooseberries, currants are not in a great demand on the market today – people do not buy them or buy in very small quantities. Let me give you an example: last year we could have stayed on the market after the wholesale delivery of products and we had 0.5-1 tons of cherries, which we did not sell at night. There were consumers that bought 3-4 boxes at once. Today they buy no more than 1 kg. Today the average family cannot buy even one box of 5 kg,” Yevheniya sums up.