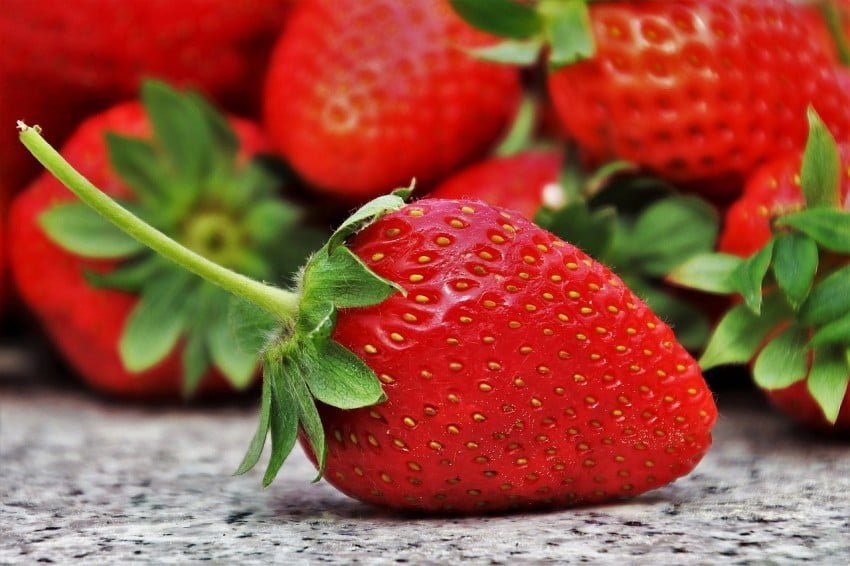 The season of strawberries is entering an active phase in the European part of EastFruit monitoring after a late start due to bad weather this spring. Both in Poland and in Ukraine, the current season of local berries has shifted by 2-3 weeks compared to 2020. Russian producers, in turn, also report a late start of strawberries harvesting. Meanwhile, in Central Asia, the current season of strawberries is not only in full swing, but even ended in some of the southernmost regions of this region, and in Georgia, producers have already started harvesting berries from open ground.

EastFruit suggests taking a closer look at the strawberry market in the monitored countries and see how they started the new month on the berry market.

Since the end of April, prices for strawberries have most of all declined in Ukraine. Both local and imported berries fell in price here, and Ukrainian strawberries became even cheaper than imported ones. Just a few weeks ago  first batches of local berries in Ukraine costed $ 7.90/kg, but by the end of this week prices fell to $ 4.30-4.70/kg.

Prices in Moldova decreased less actively than in Ukraine over the past week, since the season started there a little later than in Ukraine. By the end of the first week of May, small lots of local strawberries on the Moldovan market dropped to $ 4.50-6.75/kg. Imported products still dominate the market, and they are two times cheaper than the first Moldovan strawberries.

Imports are still significant in countries where strawberries are the most expensive, as of the end of this week: in Poland and Russia. In Poland local berries are supplied only by large greenhouse complexes, while prices are still relatively stable from the very beginning of the greenhouse strawberries season  and so far, vary within the range of $ 5.80-7.90/kg. The main share on the Polish market is still taken by imported berries (mainly from Spain), the prices for which are also stable and half as much as for the local ones: about $ 3.15/kg average.

In Russia, local producers will start active wholesale supplies only next week, while the market is still dominated by imports. In Moscow, imported berries are sold starting from $ 5.40/kg, as a week earlier, and local producers from the southern regions of the country expect prices to be in the range of $ 4.60-5.80/kg next week.

Note that a significant shift in the start of the season of local strawberries is recorded due to cold weather in spring in all countries of the European part of EastFruit monitoring. Nevertheless, in some regions, a later start will even contribute to a more successful harvest compared to the previous year, as berry plantations could avoid the frosts at the end of April. Thus, both Ukrainian and Russian farmers are now reporting good prospects for berries harvest.

It is worth mentioning that imported strawberries are already cheaper than last year in these countries. In Poland, prices for Spanish berries fell by 30% compared to the beginning of May 2020, and in Moldova, imported strawberries were at least 25% cheaper than last year from the beginning of the season. The availability of cheaper imports may become one of the main factors in pricing in the markets at least until the end of May. A similar trend will be observed on the Russian market, where producers, given good prospects for their own harvest, are already expecting serious competition with exporters from Serbia, Turkey and other countries.

Meanwhile, the lowest prices for strawberries at the end of May were noted in the countries of the Caucasus and Central Asia.

The season of strawberries from the open fields has already started in Georgia this week, and the prices for local berries vary within the range of $ 0.60-1.15/kg now. Nevertheless, the Georgian market is also dominated by imports from Turkey. At the same time, in contrast to the European countries of the EastFruit region, prices for imported strawberries in Georgia significantly exceed those set by local producers. Thus, Georgian wholesale sold Turkish berries at $ 1.50-2.00/kg at the end of this week. In fact, project analysts back in April warned of an impending crisis in the Georgian segment of strawberries and expected low prices for them.

Attractive strawberry prices can be seen in Central Asian countries. In Uzbekistan, strawberries cost $ 2.40/kg average in wholesale markets, although high-quality berries may cost several times higher. In Tajikistan, meanwhile, strawberries are now sold at less than $ 1/kg, as the strawberries season has almost come to an end in the southern regions. Moreover, market participants in Tajikistan are even expecting some price increases in the coming weeks due to reduced supply and increased demand after the end of the Holy Month of Ramadan in the country.

Nevertheless, according to EastFruit analysts, one should not expect a significant rise in prices for strawberries in Tajikistan, since berries domestic market is quite limited in the country. Moreover, Tajikistan’s low export opportunities have declined even more after the border conflict with Kyrgyzstan.

As for Uzbekistan, there are almost no exports due to insufficient technological issues in the berry business, while they are compensated by the rapidly developing domestic market and retail. As of the end of this week, there were few strawberries in supermarket chains in the country, but their prices there were at least twice the average wholesale price on the market.