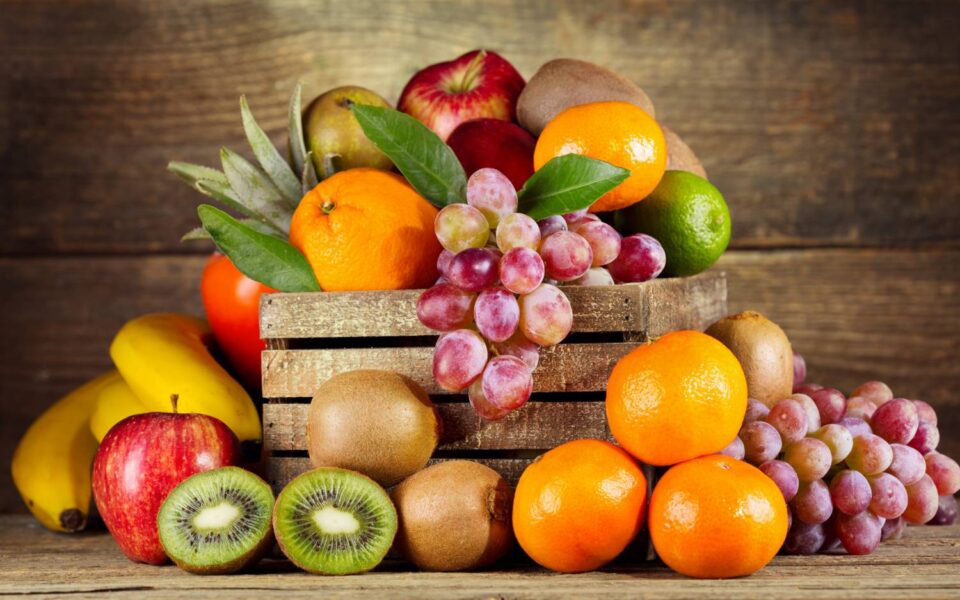 2021 was not an easy year for Georgian growers and exporters of fruits and vegetables, but despite the difficulties, it ends quite well. Georgian EastFruit team offers 10 main trends and news of the sector.

Although the final trading results for 2021 will be available only in the second half of January, it is clear that the value of Russia as a trading partner of Georgia has grown by 5-7% compared to last year. As the experience of many countries, including Georgia itself, shows, an excessive focus on one trading partner is very risky, especially if it is as unpredictable as Russia. Therefore, the general trend is very negative.

On the other hand, it is gratifying that some Georgian exporters are trying to diversify their exports and are exploring the market of the Middle East. The export of fresh berries (blueberries, raspberries, strawberries) by air is already well mastered, but Georgia is doing bad in exporting such perishable goods by land.

There were the first attempts to export table grapes to Qatar in refrigerated containers through Azerbaijan and Iran this year. This invaluable experience has shown all the difficulties of the process – packaging, the formation of an export batch of high-quality products and the proper control over the entire supply chain. At the same time, we also managed to feel the potential profitability of this direction. Importers from the Middle East give a positive assessment of Georgian fruits and are interested in purchasing table grapes, cherries, peaches, plums and oranges from Georgia.

Exports in the middle of the year were driven by low stocks and high prices for potatoes in Russia, which previously supplied potatoes to Georgia. Russians bought so many potatoes in the second quarter of 2021 that Georgia even had to import unusually large volumes of potatoes in July and August to meet domestic demand.

When harvest started in September, the exports of potatoes from Georgia became possible again. The reason is the same – high prices for potatoes in Russia due to poor harvests and reduction of areas planted with potatoes. Following the resumption of intensive potato exports in the fall, the Georgian market may face a new potato shortage in the coming months.

Overall, Georgia exported potatoes worth a record $16 million in the first 11 months of 2021, which is 4 times higher than the previous export record. Prices during export periods were the highest (if compared on a monthly basis) in the last 7 years.

The last season has shown that the Georgian supply chain is largely unprepared, with importers buying potatoes straight from fields. However, the situation was unique this year – Russia did not have much choice in where to get potatoes, so the buyers agreed to these conditions. If Georgia wants to be a stable exporter of potatoes in the future, the industry will have to invest a lot of money in storing, washing, sorting and packaging, as well as improving the quality of potatoes.

Aromatic herbs production in greenhouses is a traditional business for Western Georgia growers who export 50-60% of the country’s fresh aromatic herbs. But the approaches to production, packaging and logistics that we showed in this video remain ineffective and outdated. Therefore, Georgia is gradually losing even traditional markets for fresh herbs, yielding them to Iran and Uzbekistan.

To modernize the sector, increase the technological level of production, handling, cooling and logistics, and thus ensure the export of greenhouse products to a more profitable price segment, as the Italian company Orto Ricci did, the authorities are inviting investors to the country. And if the well-known state project “Plant the Future” and preferential agricultural loans are focused on supporting Georgian companies, then foreign investors are invited to develop the production of vegetables or herbs for supplies to the Russian market or the markets of the former USSR and the Middle East.

If you have not submitted your application yet, hurry up – applications for participation will be accepted in the Call for Proposals until the end of 2021!

According to the Association of Almond and Walnut Producers, next year five more factories will be added to the existing capacity, which now reaches 14 tonnes of walnuts per hour. At the same time, there is a shortage of capacities for processing almonds. According to EastFruit, the first almond processing plant is scheduled to open in early 2022. You can see how almonds are harvested in the largest orchard in Georgia here.

In addition to the most popular nuts in the world – almonds, walnuts, hazelnuts and pistachio – American pecans also grow in Georgia. They were initially planted for durable wood production, but hazelnut importers appear to be interested in pecans as well. Although there are no commercial plantations in the country yet, this nut is already being handled for export to traditional markets – the EU and China. According to the growers’ forecasts, the current potential of Georgia is 150 tonnes of pecans per year.

The hazelnut season turned out to be rather short, as due to the cold spring and heavy rains in August, the hazelnut harvest in Georgia began a week or two later than expected. The rains also affected the quality of hazelnuts from Western Georgia. Therefore, along with the record export volume, we also noted a record number of returns of hazelnuts from the EU due to non-compliance with quality and safety requirements. There were 13 returns in the 2020 season, and there are already 25 returns in the 2021 season, although it’s not over yet. At the same time, the growers claim that when repeated analyzes were carried out in 2021, no traces of aflatoxins were detected.

Could the struggle for quality influence the decision of the global leader Ferrero to sell 1.8 thousand hectares of hazelnut orchard in Georgia to a local company? The question remains open.

Despite the problems, Georgian hazelnut exporters still managed to get the highest export earnings in the last five years. This was due to a poor harvest in Italy and, accordingly, a sharp increase in demand for Georgian inshell hazelnuts, which Italians use for processing. As a result, the export of inshell hazelnuts increased to a record 5.9 thousand tonnes and $16 million in August-November 2021. The total income from all hazelnut exports, which is slightly overestimated due to sorting and re-export back to the EU, amounted to $68 million for the specified period.

The general trend of the last few years – the production of hazelnuts in Georgia is moving to the east – to Kakheti, where favorable conditions are created for the cultivation of hazelnuts due to climate change. Commercial hazelnut plantations in eastern Georgia have already been established by a Swiss chocolate maker, which was one of the main news of the year for the sector. On the contrary, Ferrero sold its plantations in Georgia.

The farm has not yet passed the cold test, as the harsh weather in Georgia is expected in the coming months. Nevertheless, the company has already covered the trees with agrofibre to protect them from frost. It is expected that the temperature in winter will not drop below minus 10 degrees Celsius in the area where the farm is located.

Some problems with the seedlings have already showed up due to excess moisture, which in some plants caused root rot. Heavy rains in late summer and early fall this year have created problems not only for avocados, but also for traditional horticultural crops in Western Georgia, such as hazelnuts and mandarins. Although some of the seedlings have dried up, the company has no plans to replace them with imported seedlings. They plan to work only with plants that survive, hoping to start producing their own seedlings in the future.

There were also some obstacles – panic among blueberry growers and exporters was caused by new rules for access to the Russian market. Exporters refrained from purchasing blueberries for some time after receiving this information, which led to a sharp drop in domestic prices and a temporary suspension of exports. It is possible that if not for these problems, the exports of blueberries from Georgia would have been even higher at the end of the 2021 season.

The EastFruit team visited the orchards during berry harvesting, studied the details of their production and exports, and shared an unique video about the export opportunities of Georgian blueberries. If you are planning to import blueberries from Georgia, EastFruit has prepared a list of the largest blueberry growers with contacts, volumes and photos of plantations.

Blueberries are attracting more and more investments, both in production and technology improvements. A representative office of a leading producer of blueberry seedlings has been operating in the country for the second season.

In 2021, Georgia set a new record for persimmon exports. As of November 2021, Georgia exported 10.2 thousand tonnes of persimmons, and export earnings reached $5.1 million, which is already 9% more than in the same period last year. However, the export data for the 2021 season will change again in December as the exports are still ongoing.

You can find out which persimmon varieties prevail in Georgia at this link.

As of the end of November 2021, Georgia had already exported 775 tonnes of table grapes from the 2021 harvest, which is 3.2 times more than exports in the same period of 2020. Let’s remind that earlier Georgia was a large importer of table grapes, despite the excellent conditions for their cultivation.

Almost all exports of Georgian table grapes were made to Russia, creating risks for the industry. Therefore, diversification of exports should be a priority for Georgian growers and exporters of table grapes in the next season.

It is gratifying that Georgia is focusing on the popular and well-known table grape varieties: Red Globe, Thompson Seedless, Crimson Seedless and Regal Seedless. A Table Grape Association has been already established in the country.

In 2021, the first table grapes were harvested by Georgia’s largest grower that owns 30 hectares of modern vineyards. In the first year, the company harvested up to 100 tonnes of table grapes and sold them on the local market.

If you think that we have missed something of the important events of the Georgian produce business in 2021, please write about it in the comments to this article.