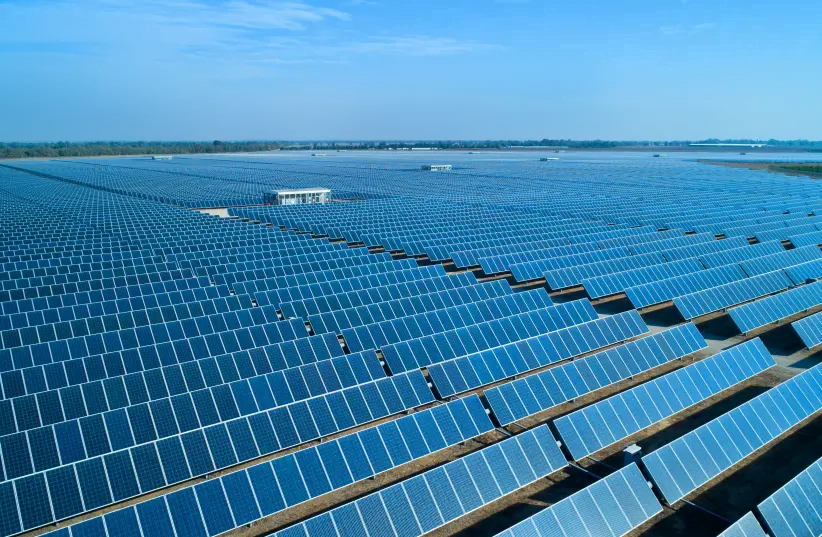 “Transparent” solar panels, created by researchers at the Hebrew University, allow only the necessary amount of light to pass to plants, and the rest is converted into electricity that can be used for other purposes.

As the world is obsessed with energy, its cost, conservation, and environmental impact, researchers at the Hebrew University of Jerusalem have developed green solar technology that is said to be a “game changer” when it comes to agriculture.

The creators of the new solar cells, Prof. Haim Rabinowitch of the university’s Department of Agriculture, Food and Environment, and Prof. Lioz Etgar of the Institute of Chemistry, say the new method will reduce the cost of energy in Israel by 75% and could be used all over the planet.

The panels are manufactured to become transparent to the light needed for photosynthesis (the method by which plants convert light into energy) while producing green electricity from light that plants do not use. 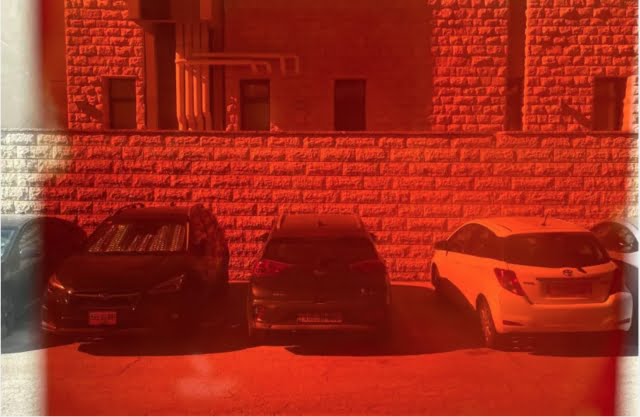 The transparent red square is a newly created solar cell that allows light to enter plants while storing excess energy for use as electricity. (Photo by Prof. Lioz Etgar)

“For many years it has been obvious that most of the light energy in agricultural greenhouses is wasted, as plants use only part of the energy from sunlight, and the rest is radiated back into the atmosphere,” says Professor Etgar. “Our solution maximizes solar power generation on agricultural land by up to 300%.”

Etgar told The Media Line that he has been working with perovskite, a much more environmentally friendly mineral than silicon metalloid, for more than a decade. “I didn’t even think about working with silicon,” he says.

Using a translucent material is the key to storing electricity from the new solar cells, according to Prof. Rabinowitch.

“Plants only need 10% of all light energy for photosynthesis, the rest is gone as heat,” he says. Why can’t I use this energy to generate electricity? But we can’t do that with silicon because I can’t make silicon translucent, so we opened a window [in the cell] so that it absorbs all the light except what I need for photosynthesis.”

This excess energy is no longer converted into heat which is common in greenhouses, although plants don’t need high temperatures to grow, and this creates better growing conditions for crops.

“The plants are ‘cold-blooded’, so temperatures between +15° C and +25° C is suitable,” explains Rabinowitz. “They are doing everything they can to bring that temperature down to survive in hot weather.”

Due to their transparent nature, the panels can fully cover the area used for agriculture, such as fields and greenhouses, without obscuring the plants below, disturbing the natural habitat, or causing damage to the environment.

Etgar says innovative panels could even prioritize electricity generation, making them suitable for uses other than agriculture.

Rabinowitch believes the technology could revolutionize poorer countries where the population suffers from a lack of water and electricity but has plenty of sunlight.

“They can desalinate water using solar energy,” he says. “Think of the Sahara Desert, which is actually an ocean of salt water. If you can build a farm with this equipment, you can pump salty water from groundwater, desalinate it, use it to grow crops, and still generate the electricity you need.”

According to Rabinowitch, the new technology means that “turning the desert into a Garden of Eden is not just a phrase.”