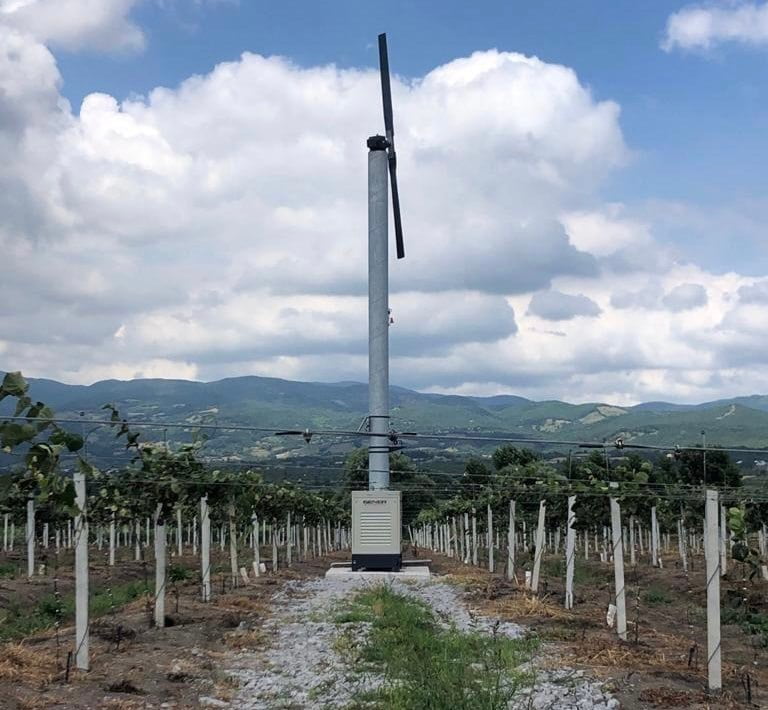 Average annual losses from spring frosts of fruit and berry producers in Ukraine reach UAH 2 billion. But only a few farms in the country are investing in frost protection technologies today. In the EU countries, wind machines are becoming increasingly popular, which are a perfect equipment for protecting orchards.

This opinion was expressed by Denis Moskalyov, a representative of the FROSTLEE frost protection systems for agricultural crops, during the 17th international conference  “Fruits and Vegetables of Ukraine-2021. New Investment Opportunities” on December 2-3, 2021 in Brovary (Ukraine). The event was organized by the APK-Inform project: Vegetables and Fruits with the informational support of the EastFruit International Platform and the Ukrainian Horticultural Association (UHA).

According to Denis Moskalyov, the problem of frosts has not been sufficiently addressed in Ukraine.

“Meanwhile, the harvest losses for this reason are huge. There has been an increase in such losses in the past 10 years, and this trend, unfortunately, will continue in the future.

Thus, according to research by the APK-Inform: Vegetables and Fruits project, apple producers lose about UAH 700 million annually, and in some seasons their losses reached UAH 1.5 billion.

In addition, producers growing stone fruits – apricots, peaches and cherries – bear great losses from spring frosts. In recent years, the frost issue has affected blueberry producers in connection with the increase in the area planted with blueberries in Ukraine, and farmers growing walnuts,” a representative of the FROSTLEE company said.

The scale of losses is also significant in the EU countries, that annually lose of around 1.5 million tonnes of apples average, and in some years – about 3 million tonnes, excluding quality losses. In monetary terms, the annual losses of EU apple producers are estimated at $1 billion.

Denis Moskalyov cites the French agro-industrial complex as an example. The Minister of Agriculture and Food of France called the consequences of frosts this year “the worst catastrophe in the agricultural sector of the XXI century”, as they destroyed plantations on hundreds of thousands of hectares. Losses ranged from 20 to 100% of the harvest.

Since 2018, frosts in France have caused significant damage to blueberry plantations, and this year 80% of the crop has been destroyed in the country.

“Due to the large financial losses, growers are looking for systems that effectively protect their orchards and plantations from frost. Therefore, about 200 wind machines of the European brand GENER were delivered in autumn 2021, the exclusive representative of which in Ukraine is the FROSTLEE company,” Denis Moskalyov notes. 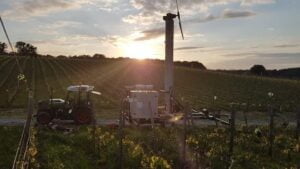 A FROSTLEE representative notes that farmers use various methods to combat frosts: thermal guns, film, and fire-lighting. According to Denis Moskalyov, the most effective way is to use wind machines.

The expert notes that GENER windmills carry out heat transfer using the forced convection method, taking warm air from the upper atmosphere and mixing it with cooler air in the field area. In this regard, the air temperature rises and all conditions are created to preserve the harvest.

“At the same time, the transfer of warm air masses is carried out over large areas, thanks to the rotation of the machine around its axis, which allows to spread warm air 360 degrees over the field,” explains Denis Moskalyov, adding that it is recommended to equip wind machines with thermal boosters. They help increase the efficiency of heat engines by increasing the temperature of the generated warm air by 2 degrees Celsius.

According to Denis Moskalyov, one GENER machine is capable of frost protection from 3 to 7.5 hectares of a field at temperatures down to -6 degrees Celsius.

“The effectiveness of protection directly depends on the type of crop, the model of the machine, the geolocation of the field. At the same time, GENER wind machines are planned to be delivered to Belgium, France and other EU countries in 2022,” Denis Moskalyov notes.

It is important that this method of frost protection pays off in the very first year of frost. In other words, these machines will not pay off only if a farmer or winegrower never encounters abnormal weather conditions during the period of use.

According to Denis Moskalyov, frosts cause direct damage to the volume of the harvest and affect its quality.

“Indeed, under improper conditions for the formation of the fruit, defects appear. In this connection, the grower will not be able to sell fruit on the fresh market. An investment in frost protection systems is an opportunity to sell a high-quality harvest at a high price in the future.” the FROSTLEE representative summarizes.

The harvest of almonds, apricots and some cherry varieties in the south of Moldova will decrease due to frosts