“Sady Dnipra” is one of the leading companies on the market for growing and exporting Ukrainian apples. Officially launched in 2016, it has confidently confirmed its adherence to prestigious international standards. The company is known not only for the high quality of its products but also for its innovative high-tech equipment.

The head of the UApple project, Olexander Pakhno, in an interview with EastFuit, shared the company’s plans and prospects for the current year and told what trends and consumer attitudes he has been observing in the apple market in Ukraine and abroad. 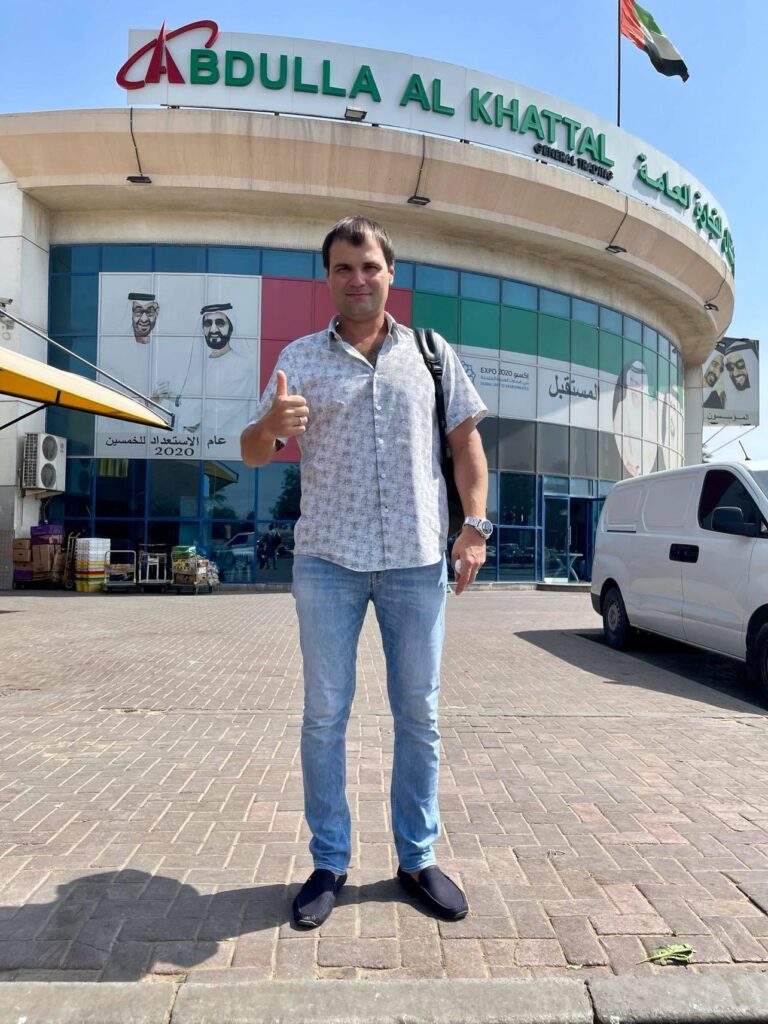 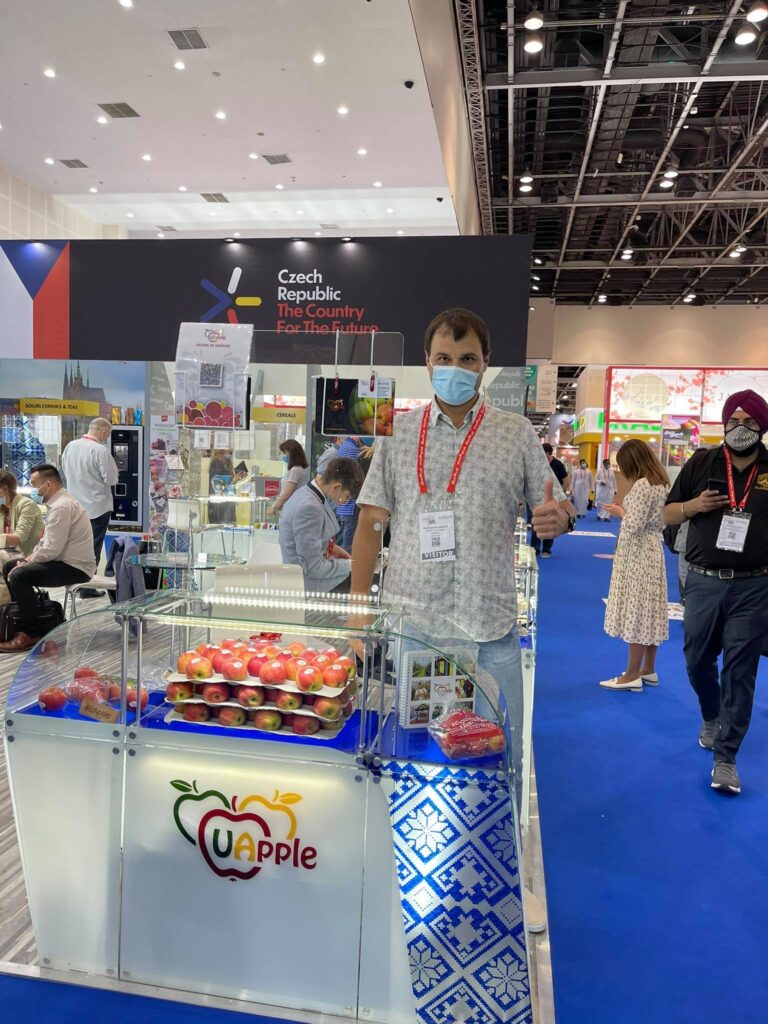 – The year 2020 was a difficult one for Ukrainian apple producers. Due to challenging weather conditions in spring, there is a shortage of high-quality apples on the market for the second year in a row – the products that are most in-demand on foreign markets. Based on this, there is an opinion that prices in foreign markets will be equal to apples’ cost in the domestic market, making exports unattractive for producers. Do you agree with this?

– To some extent. I partially agree with this because this trend was observed at the beginning of the season (August – September), and the price on the domestic market was indeed high. However, exports cannot be unattractive since exports mean stability. Last year, there were more quality apples (Golden, Gala varieties), and the stock price was about 60 cents (per apple). This year, the price is likely to remain the same, but in Ukraine, it may already be higher. Next year, when there are many better quality apples, they will be cheaper, but the export price will always be steadily high. For the manufacturer, exports is a “pillow” that does not depend on the harvest year. Some customers buy goods, and due to the received experience, we have developed our own small customer base. We know which of them is more scrupulous, who is less, and who has what requirements. This year, it will be more attractive to sell apples in Ukraine, but exports will never be discounted if we talk about perspective and foresight.

The culture of club varieties of apples is gradually entering the Ukrainian market, but none of the domestic producers officially grows them.

– What most popular export varieties of Ukrainian apples in the current season would you name as a market player? Have they changed over the past two years?

– Preferences in apple varieties on the Ukrainian market and the export market have not changed over the past two years. We like Golden, Gala, Red Delicious, Fuji, and if we talk about exports, consumer tastes depend on the country. For example, the UAE is very fond of the Gala variety of different calibres since the most important thing is colour and quality. 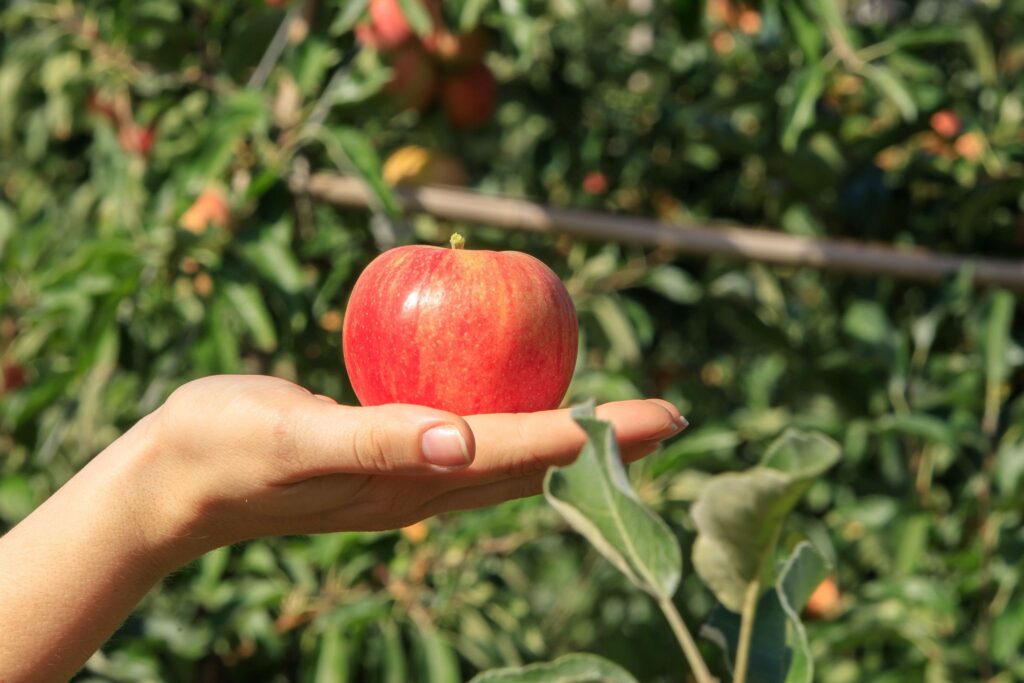 Besides, world magazines are very active in reporting that club varieties of apples are becoming popular. Such apples do have a flavour advantage over varieties, growing of which includes paying of royalty. Some organizations invest a lot of money in their marketing. At every exhibition, even at the most local one, there is always a stand with Pink Lady, Cosmic Crisp, Kanzi apples. Such trends come from America, and this culture will gradually enter the Ukrainian market. However, so far, none of the Ukrainian producers officially grows club varieties of apples.

Exporting to Asian countries is a pleasure.

– Two years ago, you called the markets of Southeast Asian countries the most promising for the exports of premium quality Ukrainian apples. As we have already mentioned, the last two seasons were not the most successful for Ukrainian producers. So, do you still believe that these markets are the most attractive, taking into account the last two seasons?

– Generally speaking, the last two seasons have not convinced me in the opposite. It all depends on the country and the client. From our humble sales experience, countries like the United Arab Emirates, Qatar, Saudi Arabia, Singapore, and Malaysia have a completely different business culture. Suppose we are talking about big clients who have already established themselves in the market over many years of work and are not used to cheating, on the contrary. In that case, they support manufacturers because they are interested in stability. They need us to ship our products consistently, and it’s a pleasure to work with such customers. I don’t want to offend anyone, but it depends on the country’s wealth and culture. So, there are significant prospects in such countries as Singapore, Malaysia, Indonesia, or India. Our vector has not changed yet, we continue to work with the Netherlands, Sweden, and Baltic countries, but the main direction is Asia and the Middle East.

– Summing up the results of 2020, what can you say from your point of view about the domestic Ukrainian apple market: what are the most characteristic trends inherent in it at the moment?

– For two years in a row, we have seen a reduced gross harvest on the Ukrainian market, and there are fewer apples. These fruits’ quality is not very satisfactory due to frosts and other weather conditions, significantly impacting the quality of harvested crops. Since there are fewer apples, their quality is not very good, but the domestic market price has been growing for two years in a row. This year, selling apples in Ukraine is even slightly more expensive than last year. So, here is the tendency for an apple to rise in price.

We ended the last harvest year with a profit, but we invested this profit in constructing a storage facility and planting a new orchard.

– You said earlier in one of your interviews, “In fruit production, it is possible to receive the same profit working on a small area as on thousands of hectares in conventional plant growing.” You’ve noted that the apple business pays off in the fourth year after planting the orchard, and already from the fifth year, a farm will start making the first profit. From this point of view, what path is your project today? How soon do you plan to make a profit? 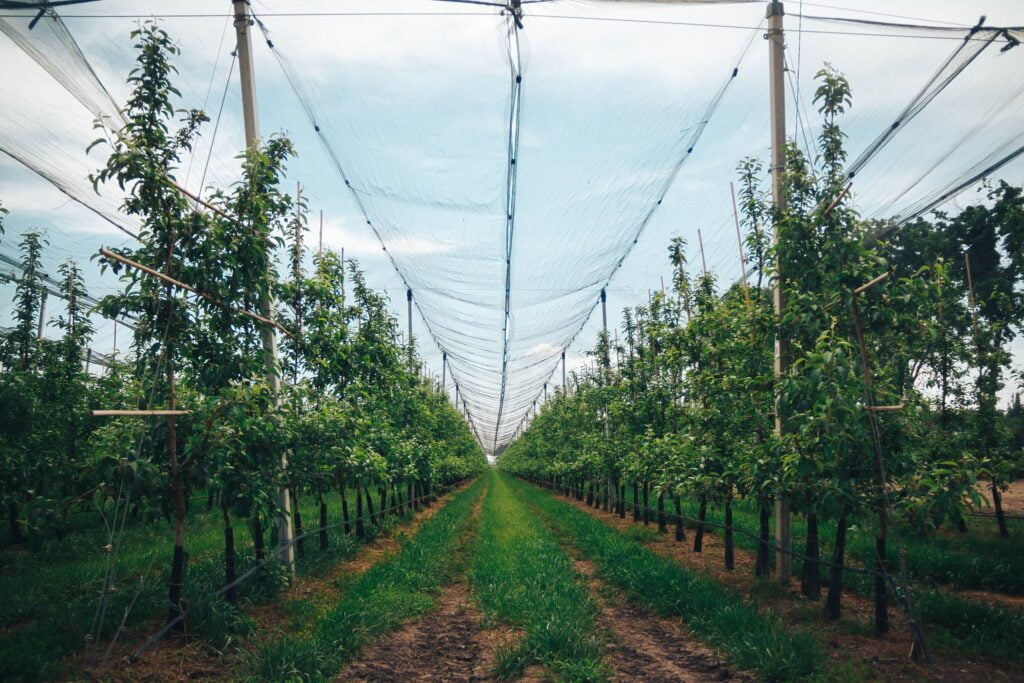 We have a very complex approach to work. To compare, I have acquaintances, orchard owners in other cities, who also grow apples, but everything stops as soon as funding ends. Due to a shortage of resources to cultivate the orchards and protect them from pests and the lack of funds, the whole strategy stops there. Many of them do not have such an innovative storage facility, and they certainly do not expand those storage facilities as the yield increases. Our approach and strategy are completely different.

Since pears will be planted in our orchards already this year, and the recently planted apple trees will bear fruit, the current storage is not suitable for such product volumes, and we will expand it. Besides, we bought a new sorting and packaging line to move away from manual sorting completely. 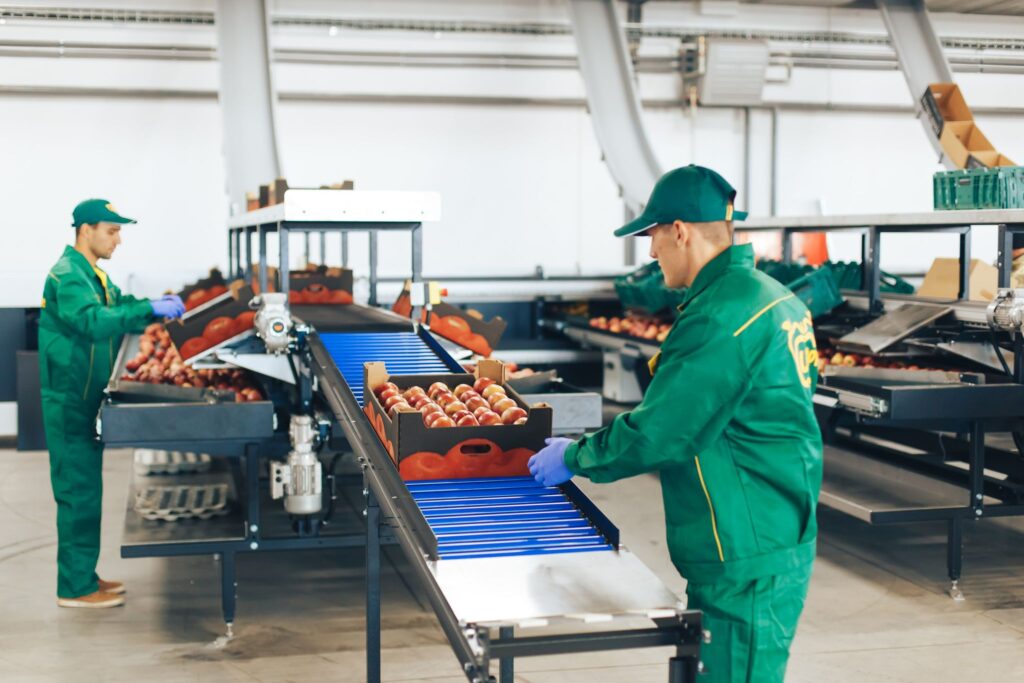 We have already finished the last harvest year with a profit, but we invested this profit in constructing a storage facility and planting a new orchard.

This strategy of continuous development and improvement is laid down by the company’s investors, particularly by Vadym Ermolaev, Chairman of the Board of Directors of the Alef Corporation, where the “Sady Dnipra” company belongs to.

The same strategy determines the success of all businesses of the Alef corporation – investment in innovation.

– The quality of the products and the apple orchard yield are the most critical business indicators from an agronomic perspective. What are the top priorities for farmers to get a high yield of high-quality apples?

– Everything starts with the selection of varieties. When you have not bought anything yet, it is crucial to initially determine the necessary varieties that are equally popular in the domestic market and the foreign market. Even if you buy a variety that will have very high taste qualities, but no one knows it, customers will not buy it. It takes overwhelming marketing work.

As a project manager, I chose the most popular ones: Gala, Golden, Granny Smith, Red Delicious, Fuji.

A choice of planting material follows. We thoroughly approached this task, learned, analyzed the market, and bought seedlings from the Netherlands’ partners. We even import orchard components, netting, and poles.

When you buy the best, follow the cultivation technology, purity, and correctness of all operations of production, processing, storage, and transportation, that is, you control the processes at all critical points, you will certainly get a high-quality apple at the end. 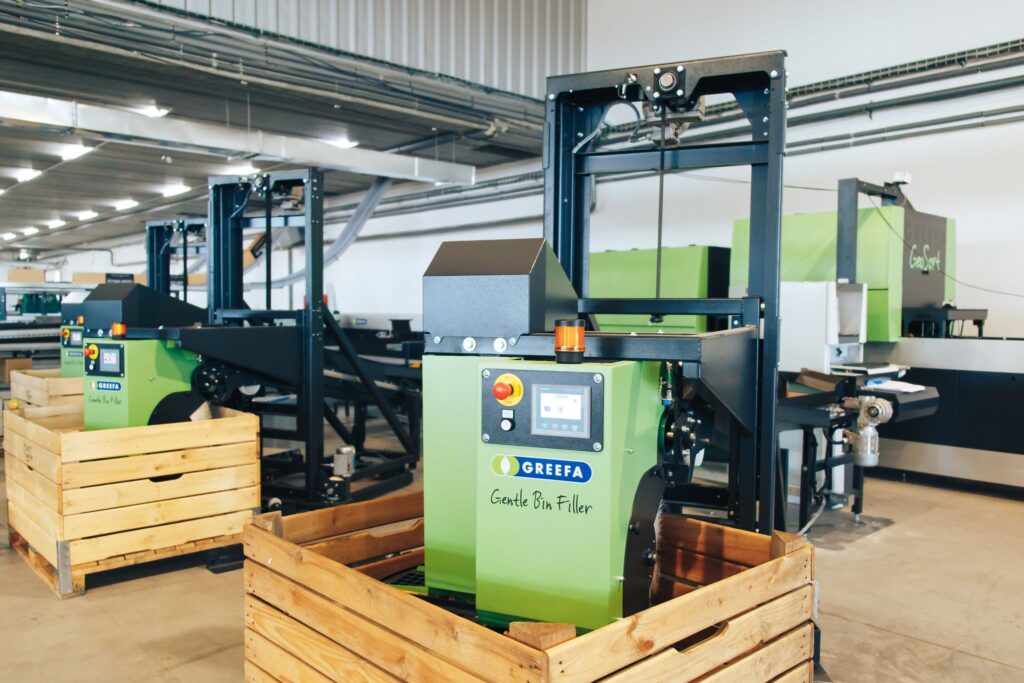 Another critical point is that a Dutch consultant controls all processes of processing, collection, and transportation. Therefore our success is the joint work of the team of agronomists of the enterprise and Dutch consultants. “Sady Dnipra” is one of the first in Ukraine to cooperate with Wageningen University*. 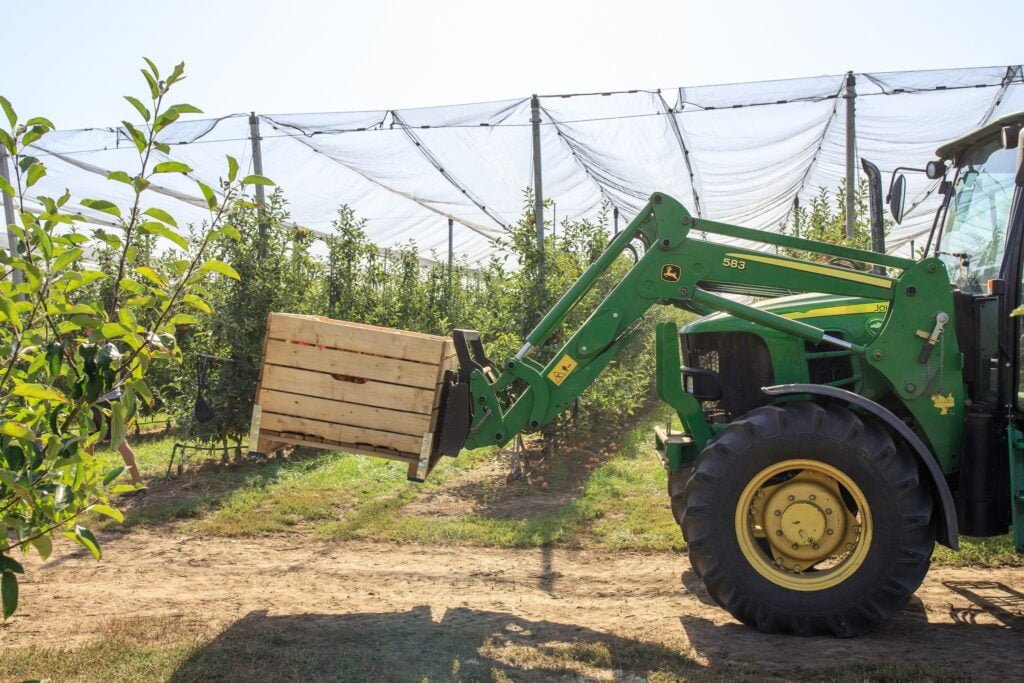 By the way, our innovative storage facilities are also built using Dutch technology.

– Your company has a promo campaign in the entire ATB-Market retail network. How did Ukrainian consumers perceive it? Do you plan to expand this activity?

– This promotion continues to this day. However, it is probably better to ask you how consumers perceived (laughs). I can say that my friends and relatives bought apple packages with a collection of magnets, and both parents and children were satisfied.

In those children’s bags, there are apples of very high quality. Besides, I believe that packaging is another plus during the coronavirus pandemic. Because until the moment you or your children eat these apples, no one touched them on the trading floor. In production, the line washes apples in clean water, regularly checked, the line itself is disinfected, apples are packed in gloves, and the sorters work in masks. It is the idea of hygiene as hundreds of people in the store have not touched these apples. 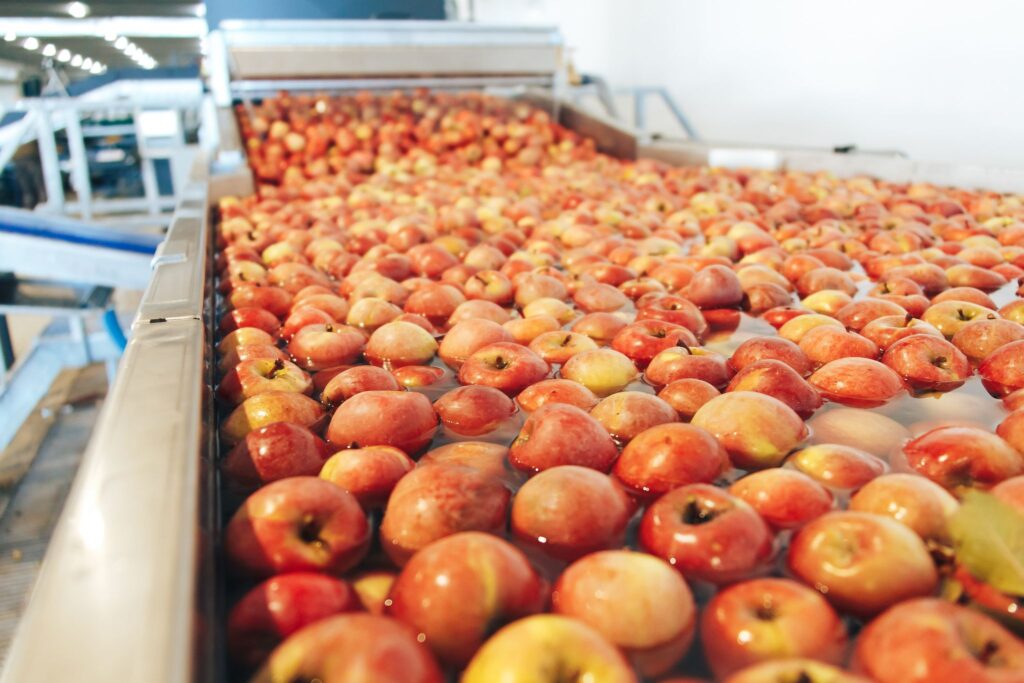 Before the coronavirus and quarantine, probably no one even thought about it, but in today’s realities, this approach is a great advantage and, of course, safety.

As for further activities, yes, we plan to expand. This is our first, but far from the last such promo campaign. We will be creative, change concepts and maybe even surprise, invent something interesting, observe the consumer’s reaction, but we will not reveal all the secrets now. Otherwise, the intrigue will disappear. 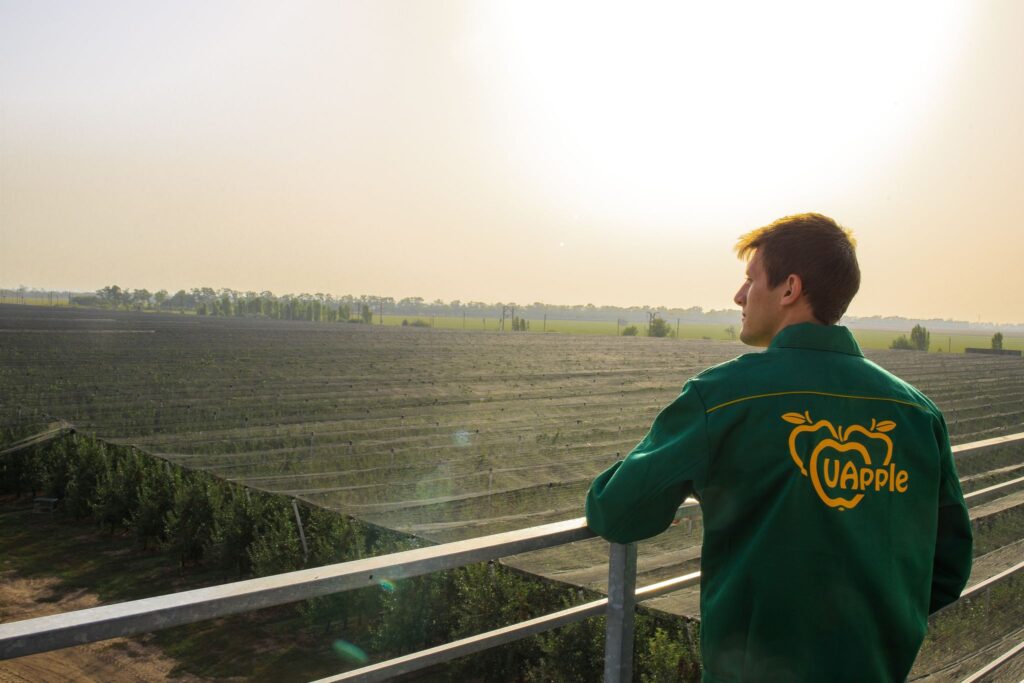