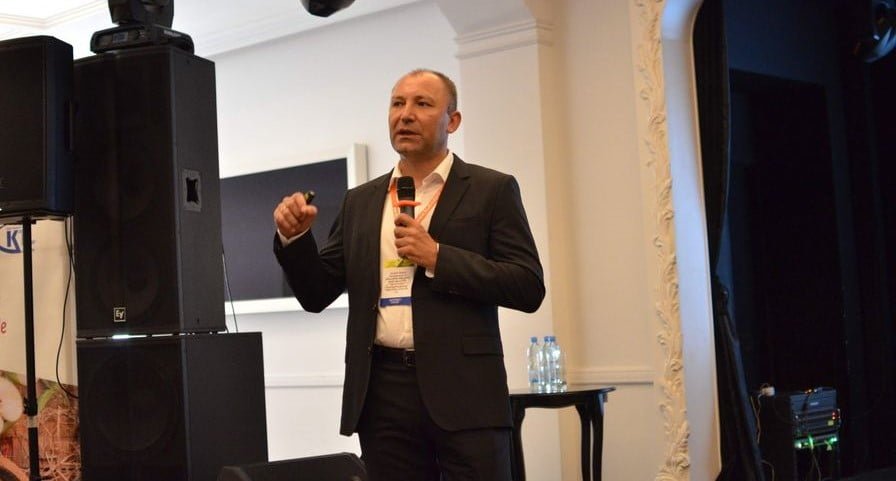 About 15 years ago, I formulated an idea and developed a methodology for auditing supermarket produce departments, which was originally used in Ukraine. Since then, the importance of high-quality fresh produce departments in all retail food chains has grown so much that a good produce department can make the entire chain profitable, whereas a bad one can lead to its bankruptcy. In recent years, our EastFruit retail audits of supermarket chains have already been applied in many countries and they have accurately predicted the fate of the entire retail business many times.

However, the progress of supermarkets in our region has not been very fast. Therefore, I will tell a story that happened to me in Kyiv in mid-February as well as show numbers why presenting rubbish instead of quality fruits and vegetables is a bad idea not only for supermarkets but also a serious deterrent to horticulture development in general. I will present this example for Ukraine, but it is equally relevant for Moldova, Georgia, Uzbekistan, and Tajikistan.

In Kyiv, I entered a supermarket of one of the chains – we’ll call it “Chain A.” When judging Chain A by price level and its strive for the premium segment, I found that out of 10 apple positions, none of them met the minimum quality standards – not my standard, but the standard for the state DSTU. As a result, since apples are a must for me, I decided to leave and go to the competitors even though they were less conveniently located and took extra time. In addition, I must say right away that it was not only the apples that made me refuse to make purchases in this store, but the borsch set vegetables (i.e., carrots, potatoes, cabbage and beets) displayed were also in a disgusting state; even the lemons were sluggish and some were rotten. 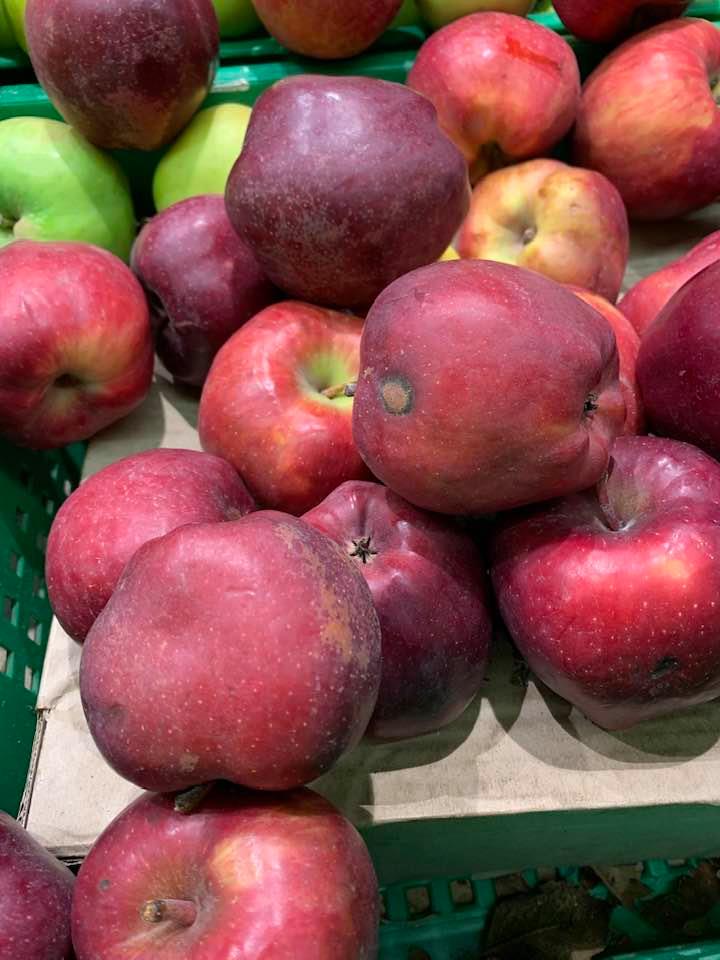 What’s the result of a store’s point of view? Chain A lost UAH 1,000 immediately. Moreover, it gave UAH 1,000 to a direct competitor and then another UAH 400 a stall! And Chain B lost UAH 400 to a stall. Thank you supermarkets for supporting small businesses! I’m joking, of course, but there is some truth in this. Why is it that the owner of a stall can provide high-quality displays, but supermarkets cannot?!

Now, we count the losses of Chain A that sold rubbish instead of apples on the shelf. Any similar chain store, according to my rough estimates, should serve anywhere from 2,000 to 3,000 consumers daily. Let’s take 2,500 consumers. Let’s say that such demanding people like me get only 5% and the average bill would be about UAH 200 (I always have much more). So, Chain A with bad apples on the shelf literally ran me out the door and together with me, there were about 125 more people that day, each of whom gave a competitor UAH 200 on average. As you can see, I am taking the lowest possible figure so as not to exaggerate because we know that the quality-conscious customer would spend more. For this example in total, Chain A’s losses per day amounted to UAH 25,000 and in annual terms, it lost more than UAH 9 million ($325,000) to competitors! This is very expensive rubbish!

But that is not all! I know firsthand this apple variety does not sell well so it takes up space. Let’s say it’s only 1 square meter of area, but you have to pay for this area in the centre of Kyiv! And not only for trade but also at a warehouse and even for logistics. 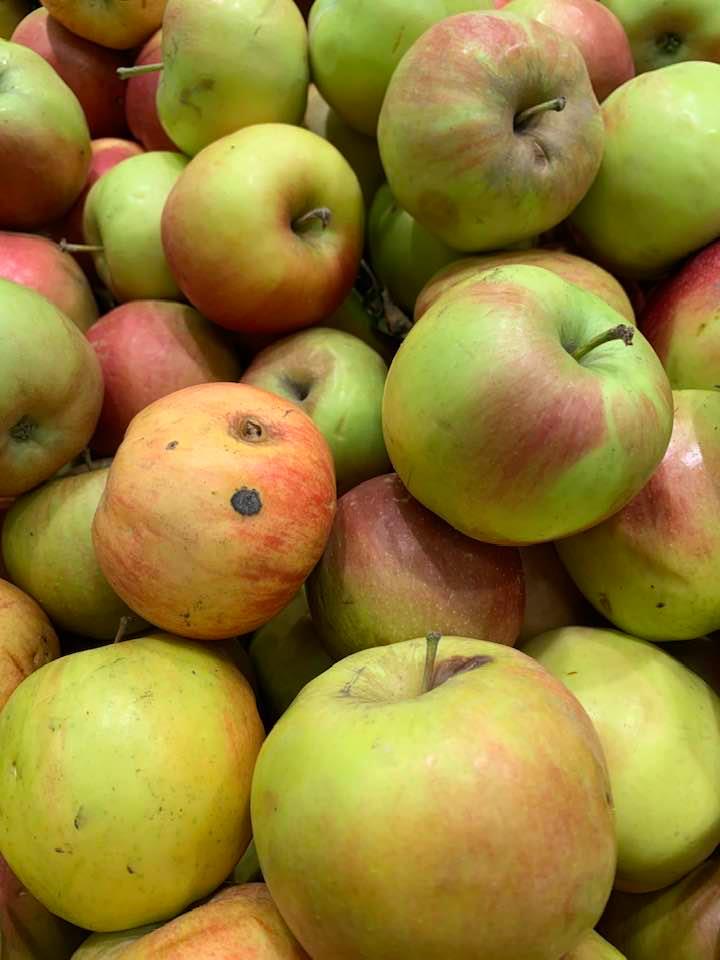 And that’s not all. I have serious suspicions that such terrible quality vegetables and fruits were accepted by the chain for sale for a reason. I am almost sure that if the owner saw these apples at the time of acceptance, he would not accept them under any circumstances! I don’t think the chain has permission to accept rubbish in its internal standards. This means that someone must be strongly interested in turning a blind eye to quality.

What do we have as a result? Minus UAH 9 million of revenue per store, disrespect for the consumer, and violation of even the not super-strict safety and product quality standards that are in force in Ukraine. In principle, these apples would have to either be disposed of or sold for processing.

It is also unprofitable as a consumer as I spent almost an hour more of my time than if I could have bought everything in the nearest store! This time has a cost. Let me explain with numbers.

The latest data that I found about the average wage level is from December 2020 and the average salary in Ukraine is UAH 14,179. If we assume that on average there are 22.5 working days per month and a working day equals 8 hours, then 1 hour of work for a Ukrainian is paid at UAH 78.80. In total, I lost UAH 78.80 to buy the fruits and vegetables I needed. On a national scale, these are huge losses! Yes, some consumers will find such apples acceptable, but in any market and in any stall you can find a higher quality apple that does not cost much more! 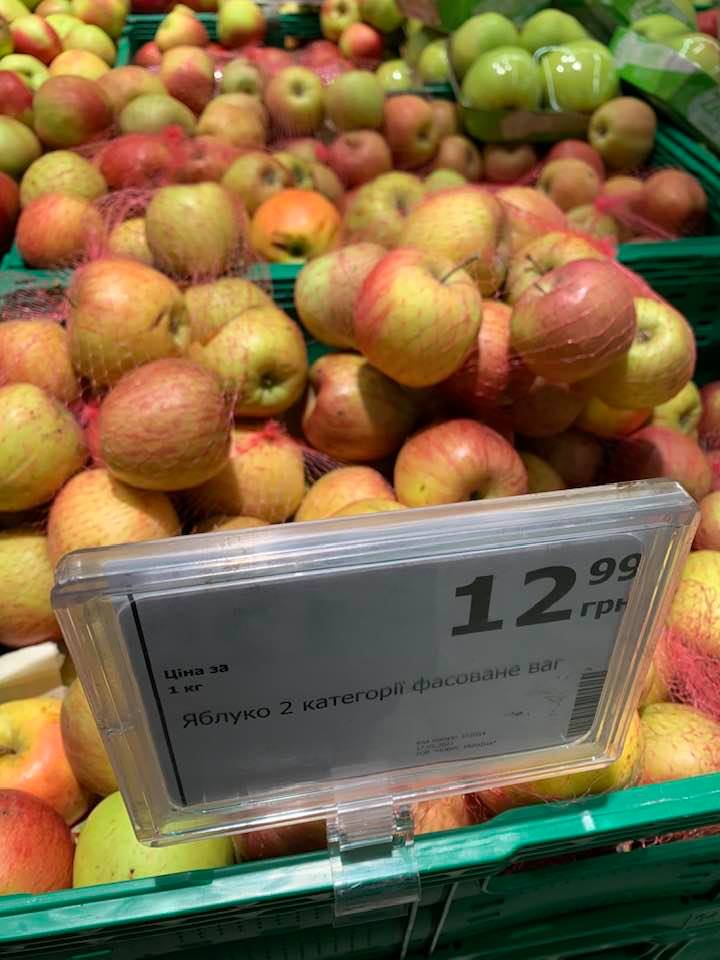 Why is this situation unprofitable for a fruit farmer or vegetable grower you ask? After all, instead of selling apples for processing at UAH 1.50, he probably received 7-8 times more for it, which means the benefits are obvious, right?

Suppose the chains would not accept substandard apples and you cannot find them in the markets. The producer would have to sell it not at 7-10 UAH/kg, but, say, at 1-2 UAH/kg for processing. What would happen to the prices for a quality apple in such a situation?

It would be sold not at UAH 15 as it is now, but at UAH 20-25/kg (this is the minimum), since the consumer would still need to buy apples. This means that the demand for a quality apple would be much higher against the backdrop of the lack of supply of cheap rubbish.

This means that this producer will actively work to reduce the percentage of non-marketable apples in the orchard by raising the technological level, installing hail protection, etc. As a result of these actions, this producer can double his income, i.e., instead of UAH 490,000 he could get UAH 1 million per hectare and this even if the yield is low at 50 tons per hectare! 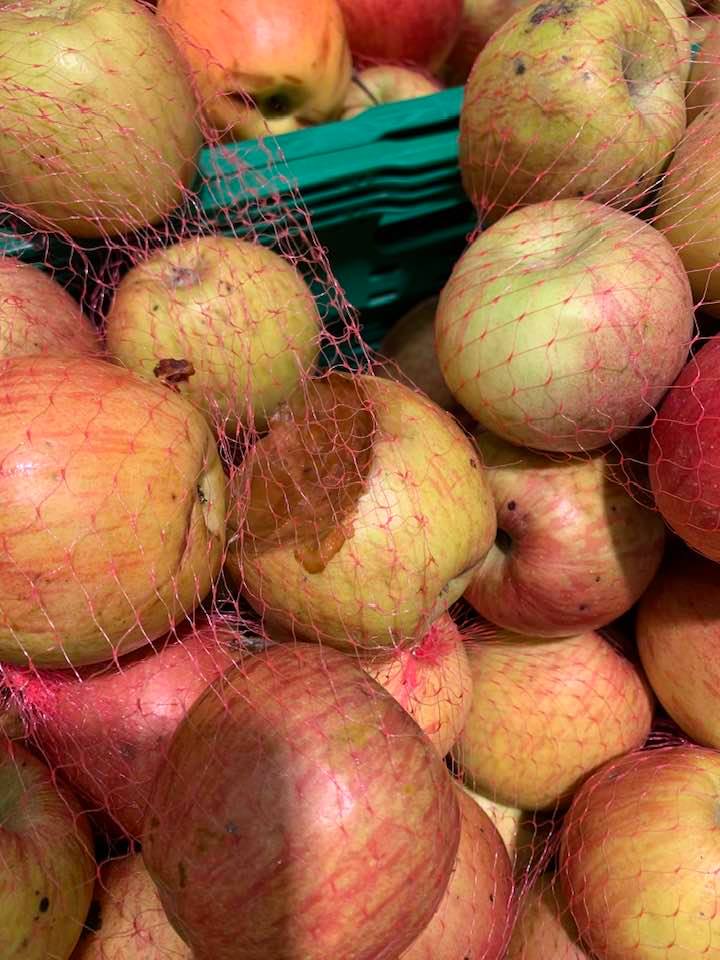 Naturally, if supermarket chains stop accepting rubbish then prices for high-quality apples on the domestic market will decrease as their supply will grow. But this is not a problem, because there are also exports.

What is the main problem for the Ukrainian apple export segment now? It is a shortage of quality apples!!! The farmer will not lose anything in income since, in addition to the domestic market, he will be able to sell apples for exports.

What does it mean to get rid of rubbish on supermarket shelves nationwide from a farmers’ perspective? According to the most conservative estimates, this means plus UAH 4-5 billion of additional annual revenue for farmers who grow only apples! This means that the whole business will simply become much more profitable and additional investments will come.

Thus, with a light conscience, we will fight to ensure that there are no low-quality fresh vegetables, fruits, and berries on supermarket shelves. Let’s hope that this information will reach the owners and managers of supermarket chains as well as the owners of horticultural and vegetable farms in the countries of our region.

Great articles and current info on the Eastern fruit and vegetable markets. As I am tased to source for the African Market I will check back in with frequency! A big thank you to Andriy Yarmak.